Massive earthquakes will threaten up to 1B people in 2018: scientists 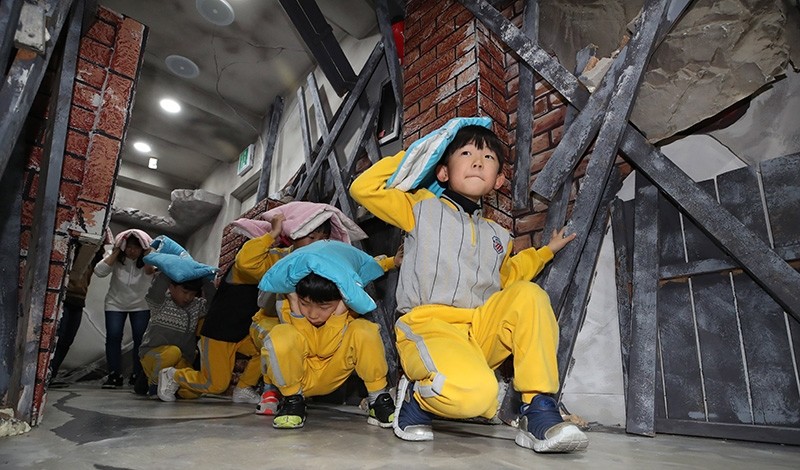 The new year may bring huge earthquakes across the globe as the speed of earth's rotation fluctuates, scientists warn.

Presenting at the Geological Society of America's annual meeting, Rebecca Bendick of University of Montana and Roger Bilham of University of Colorado explain their findings that tiny variations in earth's rotation may trigger massive energy shifts under the planet's surface, in turn affecting the movement of tectonic plates.

Bilham and Bendick predict the impact may be greater in equatorial regions, home to earth's greatest population concentration—about a billion people.

"The correlation between the Earth's rotation and earthquake activity is strong and suggests there is going to be an increase in numbers of intense earthquakes next year," Bilham told British daily The Guardian. "Major earthquakes have been well recorded for more than a century and that gives us a good record to study."

The scientist pair studied all earthquakes from the past century that registered at 7 or above on the Richter scale. They identified five periods of increased seismic activity, occurring at approximately 32-year intervals.

"It is straightforward; The Earth is offering us a five-year heads-up on future earthquakes."

The last slowdown in seismic activity began four years ago, after Haiti and Japan were devastated by massive earthquakes that killed over 118,000 people in 2010 and 2011.

"The inference is clear," Bilham said. "Next year we should see a significant increase in numbers of severe earthquakes."

The scientists expect the recent earthquakes in Mexico, Iran and Iraq will be dwarfed by bigger quakes in the coming year.

"We have had it easy this year," said Bilham. "So far we have only had about six severe earthquakes. We could easily have 20 a year starting in 2018."

Bilham and Bendick's findings echo phenomena confirmed by other researchers. The U.S. Space Agency NASA has showed that seasonal patterns such as El Niño have the capacity to change the Earth's rotation, while huge quakes can shift the planet's axial tilt.