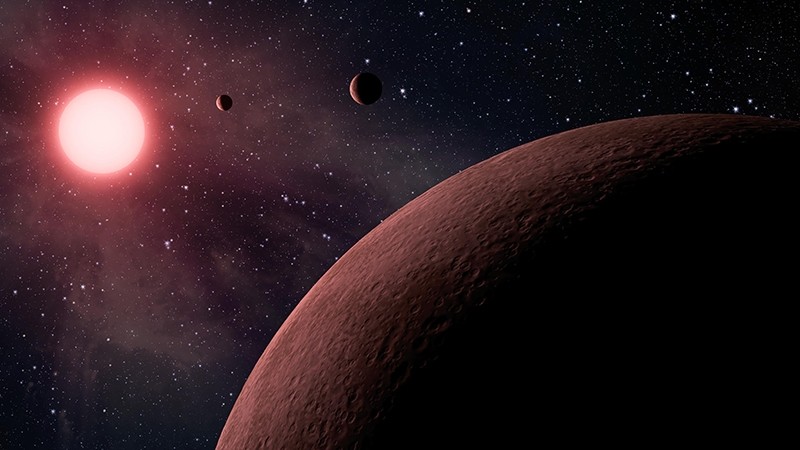 The universe's fastest-orbiting planet has been identified, circling so close to its sun that it completes a round trip in under seven hours.

The planet, named EPIC 246393474 b, is surprisingly large, three times the size of earth and five times more massive. To reach that mass, scientists guess its rocky makeup may be up to 70 percent iron.

Orbiting that close to its sun, the planet most likely lacks an atmosphere, which would have been burned up by solar radiation, scientists suggest.

Astronomers spotted the planet using NASA's Kepler telescope, which has helped discover nearly 2,300 other planets during the K2 exploratory mission. The telescope's plant-hunting tour was cut short by mechanical malfunctions in its orientation wheels.