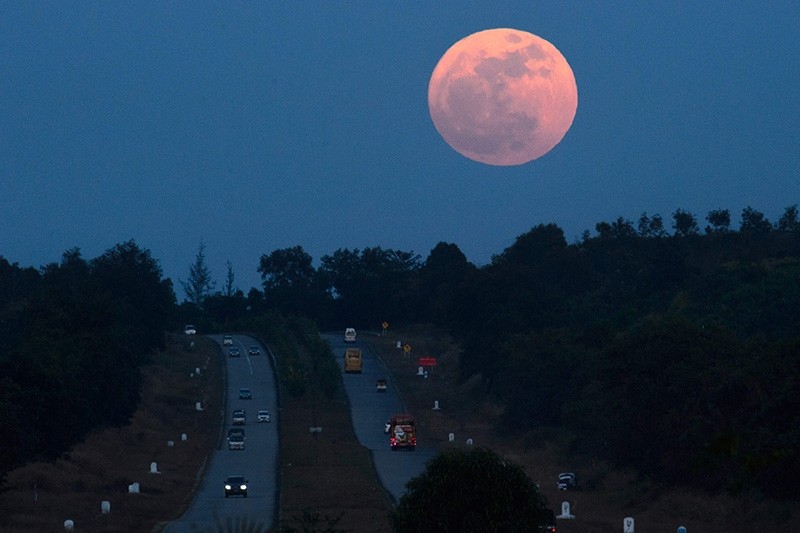 The last "supermoon" of 2017 will be visible in Sunday night's sky around the world – a phenomena that makes the moon appear bigger and brighter.

The moon will appear 30 percent brighter and 14 percent larger than normal, peaking in size at 1547 GMT on Dec. 3.

It often appears biggest at moonrise, when the optical illusion created at the horizon makes the moon look even bigger. 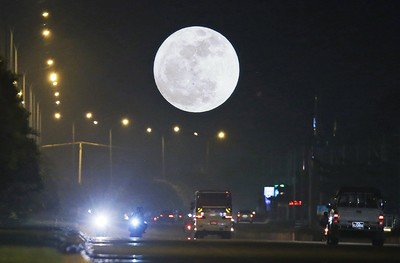 Though the moon is always the same size, its elliptical orbit around earth brings it closer to the planet's surface at certain points in its path. When its perigee, or closest point, aligns with a full moon, sky watchers observe a supermoon effect.

Sunday night at its perigee, the moon will be almost 50,000 kilometers closer than at its apogee, or farthest point.

This weekend's sighting is the first of a "supermoon trilogy," with the phenomenon recurring Jan. 1 and Jan. 31 of the new year, according to NASA.

Last year, the moon approached its closest since 1948, at a distance that won't be noted again until 2034.