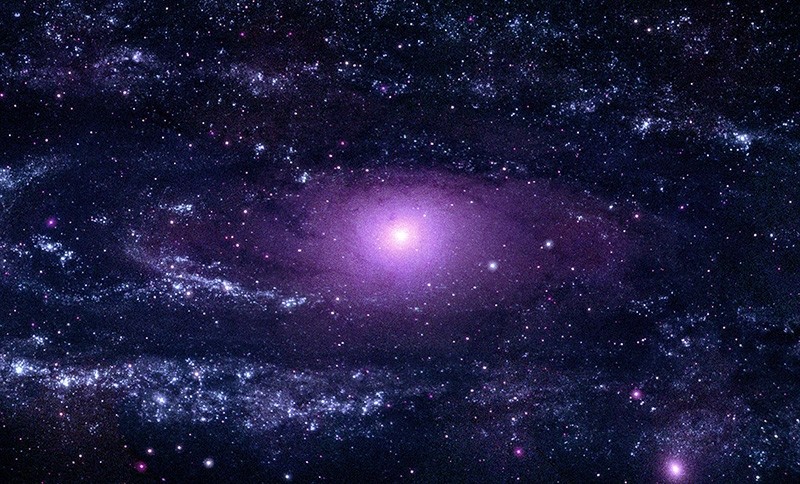 The Milky Way's neighboring galaxy, Andromeda, was formed in a colossal crash between two smaller star systems no more than 3 billion years ago when Earth already existed, researchers said Wednesday.

Calculating the birth date of the galaxy has been a major challenge for astrophysicists given the vast age gap between the different stars it is made up of.

For the latest study, French and Chinese researchers led by Paris Observatory astronomer Francois Hammer used "the most powerful available computers in France" to crunch about a terabyte of data -- the equivalent of 2 million 500-kilobyte photos.

This allowed them to zoom in on "the physical mechanisms of the Andromeda formation, so lifting the veil on its origin," the observatory said in a statement.

The results were published in the Monthly Notices of the Royal Astronomical Society.

Previous research had noted one major difference between our own galaxy and Andromeda -- long considered twin clusters, the team pointed out.

In Andromeda, certain stars orbit erratically while in the Milky Way, all stars observe a simple rotation around the galaxy's center.

The star agitation was due to the galaxy's "recent" formation, the team said.

The data showed that between seven and 10 billion years ago, two galaxies -- one four times more massive than the other -- found themselves on a collision course.

The team simulated both precursor galaxies' trajectories and calculated that they fused between 1.8 billion and 3 billion years ago to forge Andromeda.