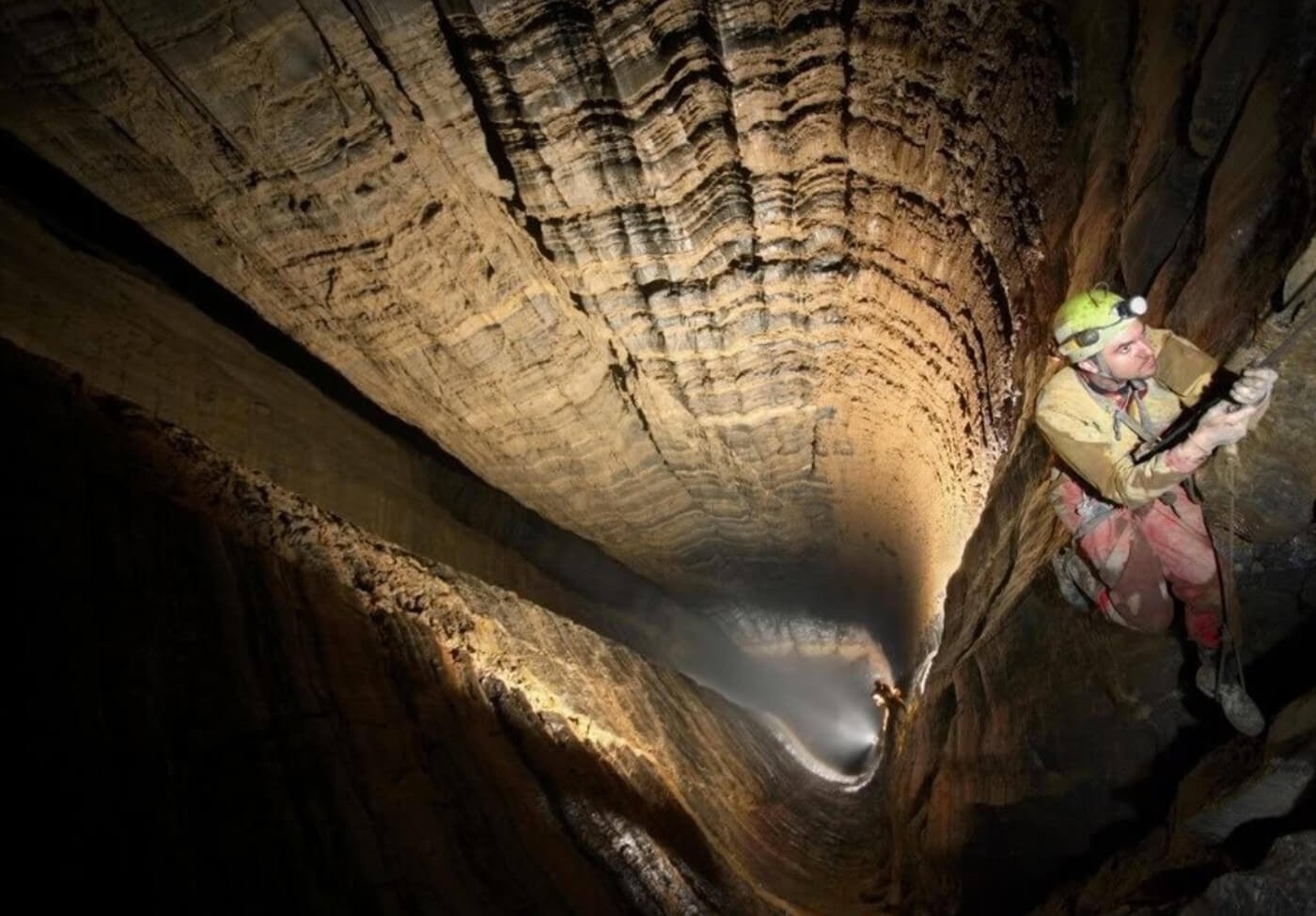 Russian speleologists have carried out a successful expedition to reach the bottom of the world's deepest known cave in the Gagra district of Georgia's Autonomous Republic of Abkhazia, reports said Sunday.

According to reports, the expedition to reach the bottom of the Veryovkina Cave was completed in a week.

More importantly, Russian explorers discovered that the depth of the cave was recorded as 2,212 meters (7,257 ft) rather than the previously known 2,190 meters (7,185 ft), making it the new deepest-known cave in the world. Before the discovery, 2,197-meter deep Krubera Cave, also in Abkhazia, was recognized as the deepest cave on Earth.

American and European speleologists had previously attempted to carry out expeditions to reach the bottom of the cave, but were unable to do so, reports said.

While the expedition was expected to take place around 27 days, Russian speleologists reduced it to just a week.

The excavation team led by Russian speleologists Pavel Demidov and Ilya Turbanov noted that they discovered rare and never-before-seen species in the cave and have taken samples to analyze these in the lab.