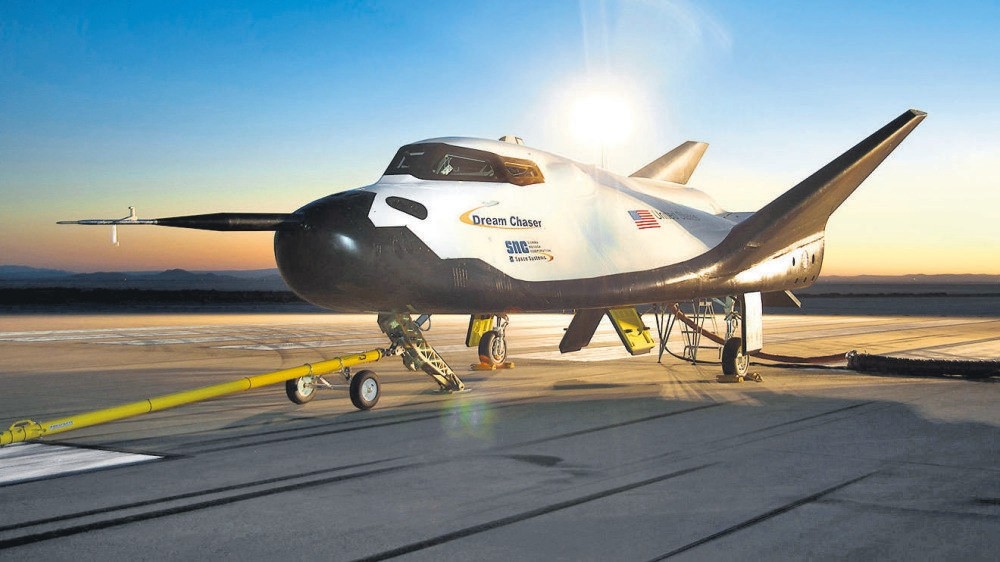 Starting with buying off a U.S. - based aviation company, Eren and Fatih Özmen are now named as one of the most influential and successful names in the aviation industry and now the couple aim higher, up to the space with the new NASA program

Thousands of people have moved from Turkey and to the U.S., and vice versa, for one reason or another over the years. However, Eren and Fatih Özmen's journey puts a futuristic spin on a real-life, Hollywood-style success story. Unlike the stereotypical smart man and supporting wife scenario, this unique couple has advanced together on the road to success in space technologies through mutually driven business genius and intellectual cooperation. 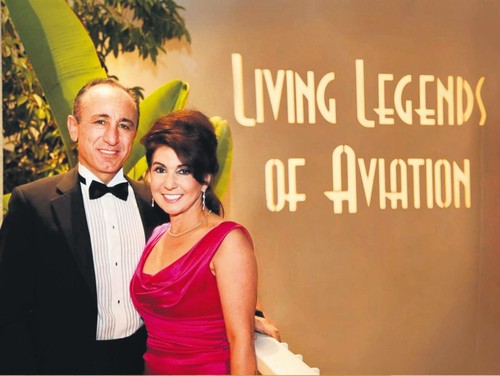 The Özmens say that following your dreams is crucial to finding success. The couple started off in Kırşehir, near the capital city of Ankara, and later moved to the U.S. However, their professional journey got its inspiration at the Reno Campus of the University of Nevada where they studied aeronautics and space simply by chance. After buying the Sierra Nevada Corporation (SNC), which had 20 employees at the time, in 1994, the couple went on to buy out 19 other companies, including TRJet, which aims to be the first private plane production company in Turkey, increasing their total assets to $3 billion. Now with 33 production facilities scattered throughout Turkey, Germany, the U.K. and the U.S., SNC is active in national security, defense, space systems and commercial aeronautics solutions.

SNC, one of the supplier companies of the U.S. Army, developed Dream Chaser, the space plane that will carry cargo to NASA's space station starting in 2020. After signing an agreement with NASA two years ago, SNC quickly made a name for itself in the space technology sector.

As partners, the Özmens' success has been earned through dedicated cooperation; a mutual effort that has landed them spots on Forbes' "World's Billionaires List." While SNC CEO Fatih Özmen is listed as 1,561 on the famous list, SNC President Eren Özmen earned a spot on Forbes' "America's Self-Made Women" list for the third time recently. The magazine also labeled her as the only women in the world to have achieved such esteemed success in the space sector.

Forbes took an interest in the couple, who usually prefer to stay out of the limelight, after Fatih Özmen was added to their list of billionaires. About SNC the magazine said: "Sierra Nevada, one of the fastest-growing family companies in the U.S. with their resolution, dreams and targets, is a firm that draws attention in the business world with its innovative applications in the space field and the appeal of its working environment." The magazine also pointed out that Fatih Özmen delivered a speech alongside Elon Musk, the founder of SpaceX, and Jeff Bezos, the founder of Amazon, at the first meeting of the National Space Council last October.

In February 2019, Fatih Özmen was invited to join the National Space Council Users' Advisory Group, whose members include other CEOs of giant aeronautics and space companies, such as Boeing, Lockheed Martin and Northrop Grumman. With Fatih Özmen in the group's fold, he will have the chance to actively influence the direction space technology for the future and lend a Turkish perspective to the process.

Not afraid to think big 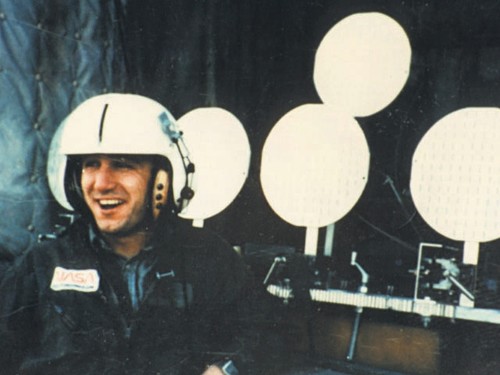 Daily Sabah: What inspired you to invest in the space field? How would you evaluate the future of this sector?

Fath Özmen: Space is definitely an exciting field. When I was a child, I was interested in space. I think this interest comes from the endless opportunities that space presents. I've witnessed how space created a national imagination and affected our children recently. For me, space is a kind of bridge that brings together worlds and cultures. I hope that important infrastructure works will be developed, and a lively space economy will be created with necessary laws, agreements and politics within this framework.

DS: A Turkish-based company now has a role in the space sector, which will direct the future of the world. How did it come about?

F.Ö.: I have dedicated my whole life to improving myself and being in a place better than I was yesterday. My desire influenced the period when we turned SNC from a small company, which had 20 employees, to a leading firm that now has more than 3,500 employees in space and national security fields. Another factor in our success was that we were not afraid to think big and follow our dreams. I can say that we have been rewarded for our courage. Eren and I have realized our dreams, capturing important opportunities and big successes.

DS: Does the migrant policy of President Donald Trump's government affect you? On the other hand, how do you evaluate the increase in the budget of NASA provided by the Trump administration?

F.Ö.: The migrant policy of President Trump does not affect us. On the other hand, SNC has been working with NASA for many years. Now, it is expected that Dream Chaser, which belongs to SNC and is directed by it, will serve the National Space Station starting in 2020 within the context of commercial resupply services contracts. Besides, we're working on a deep-space environment prototype within the context of NASA's Deep Space Gateway Program. This will pave the way for people to go to the moon and Mars soon.

DS: Could you quickly summarize the Dream Chaser project? I think this project made you a star. Are there any other SNC and TRJet projects that you would like to mention?

F.Ö.: Dream Chaser is a versatile spacecraft that will serve the low orbit where the International Space Station is located. NASA has signed an agreement with us for the Dream Chaser Cargo System to carry cargo to the International Space Station within the context of our CRS2 contract in 2016. Dream Chaser, which can carry both pressurized and unpressurized materials of up to 5,500 kilograms and as well as scientific research, will make at least six cargo flights. Our team conducts is preparing for the first flight planned for 2020. We conducted a successful test flight in November 2017.

Dream Chaser is in the forefront as a versatile space plane that will satisfy the transportation needs of low orbit areas. The vehicle arrangement, launching facility, destination, period and other variables can be programmed in accordance with the demand of local and international space agencies. We have many agreements with international space agencies along with NASA. We, together with them, are trying to satisfy global needs with technology, application and flights for the space systems of Dream Chaser.

F.Ö.: Another project that makes Eren and me excited is TRJet, and we are hopeful as we help realize the dream of producing the first civil aircraft in Turkey with this project. There's a serious need in the international market for regional planes. We believe Turkey can reach the aim of producing its dream airliner, modernizing Dornier 328 plane, which was approved before, and focusing on the present customer portfolio of this plane.

Our intention since the beginning has always been creating new opportunities for the next generations. In the direction of this aim, TRJet will not only provide high-technology business opportunities but also seriously contribute to the economy and exports of the country.