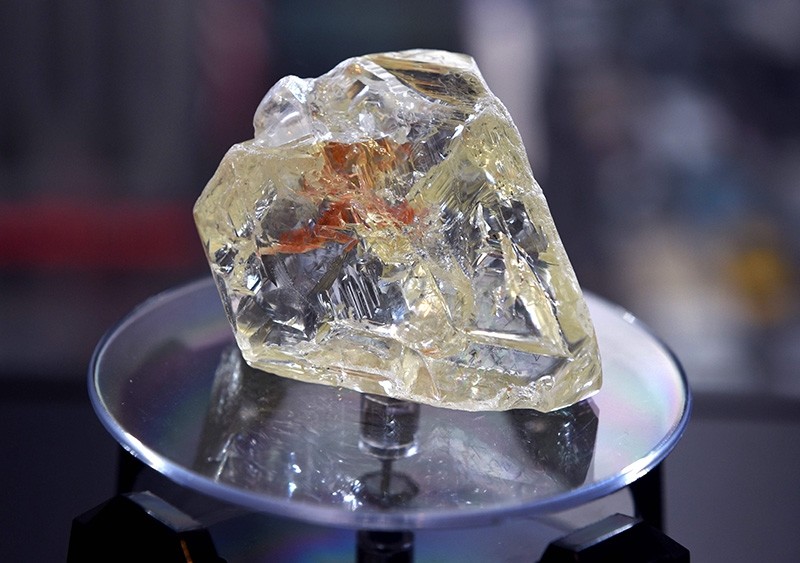 More than a quadrillion tons of diamonds -- or one thousand times more than 1 trillion -- are buried in the Earth, U.S. researchers at the Massachusetts Institute of Technology (MIT) reported this week.

But don't expect a diamond rush. These naturally occurring precious minerals are located far deeper than any drilling expedition has ever reached, about 90 to 150 miles (145 to 240 kilometers) below the surface of our planet.

"We can't get at them, but still, there is much more diamond there than we have ever thought before," said Ulrich Faul, a research scientist in MIT's Department of Earth, Atmospheric, and Planetary Sciences.

"This shows that diamond is not perhaps this exotic mineral, but on the scale of things, it's relatively common."

Using seismic technology to analyze how sound waves pass through the Earth, scientists detected the treasure trove in rocks called cratonic roots, which are shaped like inverted mountains that stretch through the Earth's crust and into the mantle.

These are "the oldest and most immovable sections of rock that lie beneath the center of most continental tectonic plates," explained MIT in a statement.

The project to uncover deep Earth diamonds began because scientists were puzzled by observations that sound waves would speed up significantly when passing through the roots of ancient cratons.

So they assembled virtual rocks, made from various combinations of minerals, to calculate how fast sound waves would travel through them.

"Diamond in many ways is special," Faul said.

"One of its special properties is, the sound velocity in diamond is more than twice as fast as in the dominant mineral in upper mantle rocks, olivine."

They found that the only type of rock that matched the speeds they were detecting in craton would contain 1 to 2 percent diamond.

Still, very few of these gems are expected to make their way to the jewelry store.

Diamonds are made from carbon, and are formed under high-pressure and extreme temperatures deep in the Earth.

They emerge near the surface only through volcanic eruptions that occur rarely -- on the order of every few tens of millions of years.