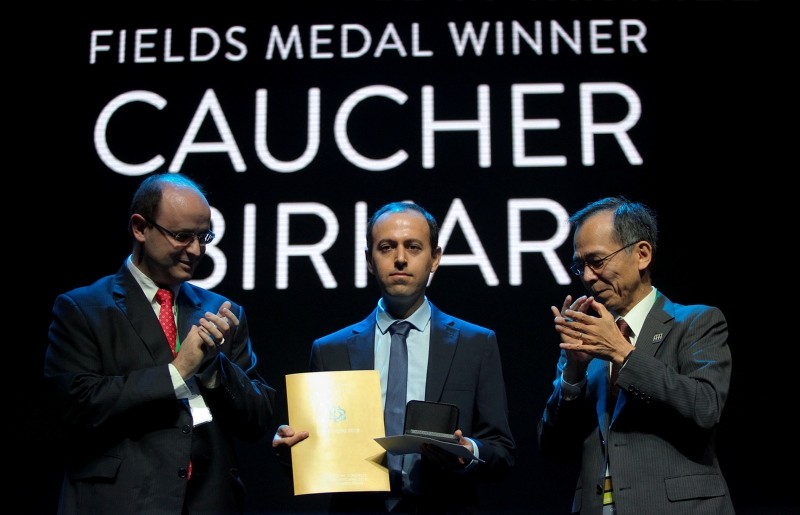 A winner of the Fields Medal, often called the 'Nobel Prize of mathematics,' had his prize stolen shortly after receiving it during the International Congress of Mathematicians in Rio de Janeiro.

Caucher Birkar, a Kurdish refugee from Iran teaching at Cambridge University, was among the four winners of the prestigious award on Wednesday.

Birkar put the gold medal, worth around $4,000, in a briefcase and soon afterward realized that it had been stolen, according to event organizers.

The organizer behind the event, the International Congress of Mathematics, said it "profoundly regrets" the incident.

According to local reports, the event's security team later found the briefcase under a bench without the medal in it and the thief had been identified from security camera footage.

Rio has dealt with crime while hosting international mass events before. During the 2016 Olympics, tourists, foreign officials and journalists faced robberies and attacks.

This was the first time the congress has been held in Latin America, and participants came from all over the world to listen to talks by some of the brightest mathematicians.

"This is a recognition that allows us to showcase math talent in Brazil," said Marcelo Viana, the congress organizer and director of the Institute of Pure and Applied Mathematics in Rio.

Given every four years, the prize goes to mathematicians under 40 and the winners were announced during the International Congress of Mathematicians being held in Rio de Janeiro.