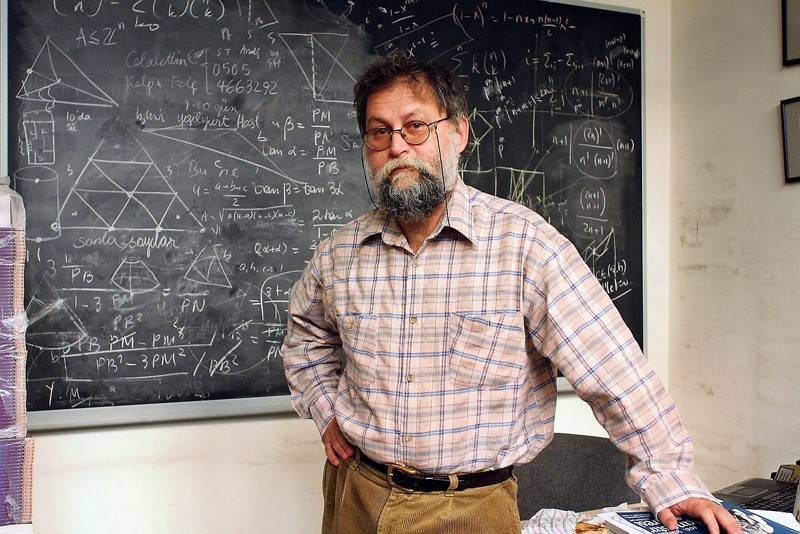 Renowned Turkish mathematics professor Ali Nesin has been awarded the prestigious Leelavati Award by the International Mathematical Union (IMU) for his outstanding efforts to attract Turkish people's interests in mathematics and establish a "Mathematics Village."

61-year-old Nesin will receive his award, dubbed as the Nobel of mathematics and given every four years, in a ceremony in Rio de Janerio, Brazil on August 9.

The announcement came at the opening ceremony of the International Congress of Mathematicians. A statement on the IMU's website said that Nesin was awarded "for his outstanding contributions towards increasing public awareness of mathematics in Turkey, in particular for his tireless work in creating the '[Nesin] Mathematics Village' as an exceptional, peaceful place for education, research and the exploration of mathematics for anyone." 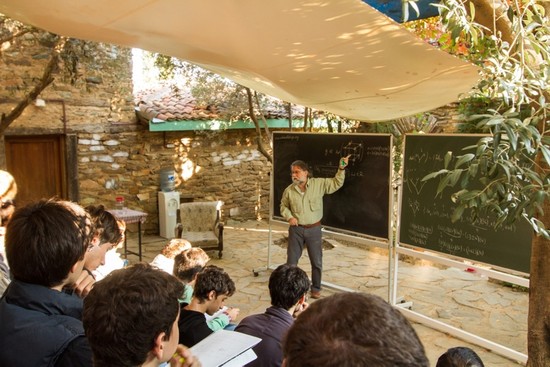 Nesin gives a lecture in the Math Village in Şirince. (IHA Photo)

Nesin, the son of famous Turkish author and humorist Aziz Nesin, was born in 1957. He studied middle school in Lycee Saint Joseph in Istanbul and completed his high school education in Switzerland. He graduated from Paris VII University (Paris Diderot) in 1981 and went on to Yale University for a doctorate degree in mathematical logic and algebra, which he earned in 1985. Nesin was a faculty member in prestigious universities in the U.S., such as Berkeley, Notre Dame and Irvine.

Following his father's death in 1995, Nesin returned to Turkey, and has chaired the Mathematics Department at Istanbul Bilgi University since 1996. He is the editor in chief of "Matematik Dünyası" (The World of Mathematics) magazine, has authored nine popular mathematics books and published countless other work on the subject. 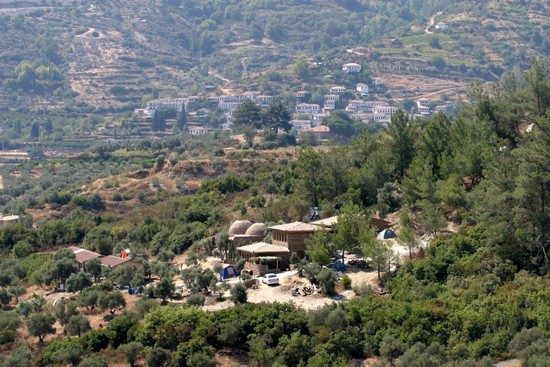 He also serves as the director of the Nesin Foundation established by his father in 1972. The foundation owns the Mathematics Village located in the village of Şirince in the western Turkish province of Izmir. The facility is open to students of every age who are interested in math, and has a sizeable library, dormitories and other campus facilities. The village, which runs on donations and small fees for classes, has become an attraction point for well-known Turkish and foreign professors, who volunteer to lecture there. The Nesin Foundation also has a 'Philosophy Village' in Şirince.

The statement by the IMU cites the creation, organization and development of the village as Nesin's most unique work, which was carried out despite difficult economic and political conditions.

In his first statement, Nesin thanked hundreds of thousands of people who contributed to the project, in addition to hundreds of professors, villagers and employees of the village among many others. Adopting his father's famous dark humorous tone, Nesin also thanked the Scientific and Technological Research Council of Turkey (TÜBİTAK) and other state institutions, saying that the village couldn't have been realized and expanded to this level if they had agreed to support the foundation with its initial modest request.

Nesin added that they have an "unusual, extraordinary, one-of-a-kind," high school project, which was rejected by both local and central authorities. He said that he hopes the award would pave the way for the realization of the project. 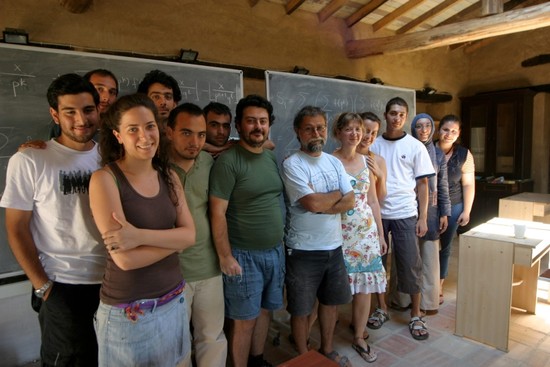 Nesin poses with his students in a classroom in math village. (Sabah File Photo)

Located some seven kilometers east of the ancient city of Ephesus and five kilometers east of the modern day town of Selçuk, Şirince has gained nationwide and worldwide fame through the efforts of Turkish-Armenian intellectual Sevan Nișanyan and the math village, in addition to its beautiful nature and well-preserved architecture. However, since the village is under protected status, most buildings and renovations carried out after the touristic boom are illegal, causing legal battles with authorities rejecting building permits, issuing fines or courts sentencing jail terms, such as in the case of Nişanyan, who was sentenced to prison in 2014 and fled to Greece in 2017.