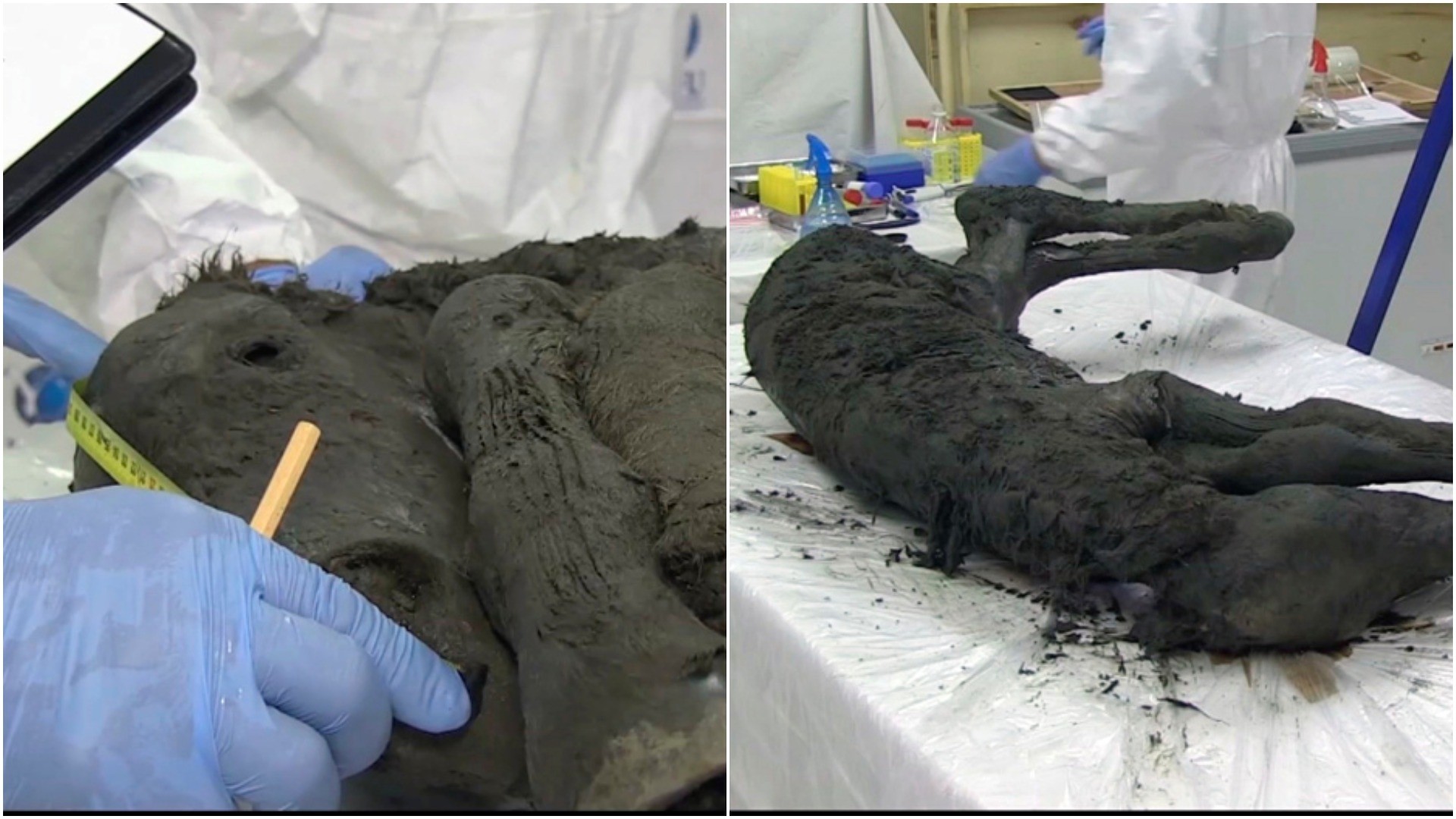 Russian scientists have found the carcass of an ancient foal perfectly preserved in the Siberian permafrost.

The fossil discovered in the region of Yakutia has its skin, hair, hooves and tail preserved. Yakutia is also famous having wooly mammoth fossils found in the permafrost.

Scientists from Russia's Northeast Federal University who presented the discovery Thursday said the foal is estimated to be 30,000 to 40,000 years old. They believe it was about two months old when it died.

Semyon Grigoryev, head of the Mammoth Museum in the regional capital of Yakutsk, was surprised to see the perfect state of the find. He noted it's the best-preserved ancient foal found to date.

The foal was discovered in the Batagaika crater, a huge 100-meter (328-foot) deep depression in the East Siberian taiga.