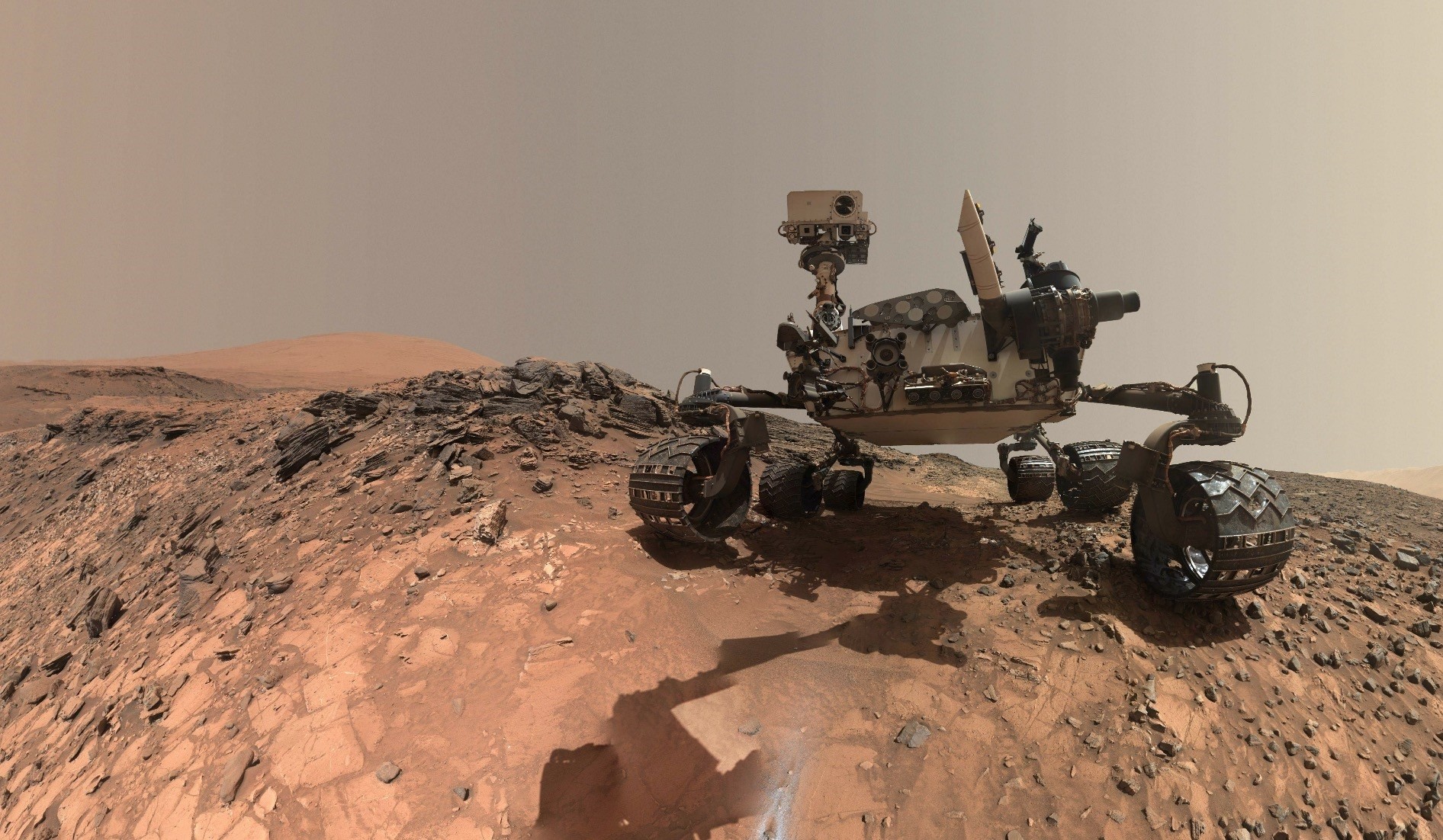 A low-angle self-portrait of Opportunity on lower Mount Sharp.
by Associated Press Sep 03, 2018 12:00 am

NASA is anxious to hear from its dust-silenced Mars rover, Opportunity, as the planet's red skies clear.

Flight controllers have been on the alert for a message from Opportunity ever since a dust storm enveloped Mars in June and contact was lost. The storm has finally diminished. That means the sky is now clear enough for Opportunity's solar panels to receive sunlight and fire back up.

But NASA this week warned it may never hear from Opportunity again. If there's no word back in the next couple of months, NASA said it will cut back on its listening effort. Even if a message does get through, that may be the most the rover — mute since June 10 — can muster.

Even before the dust storm, the 15-year-old rover was exhibiting signs of old age. Its front steering and flash memory are shot.

"We are pulling for our tenacious rover to pull her feet from the fire one more time," project manager John Callas said in a statement from NASA's Jet Propulsion Laboratory in Pasadena, California.

Opportunity's twin, Spirit, got stuck in soft Martian dirt in 2009, and NASA eventually gave up trying to free it. Both rovers were designed to operate for just 90 days, however, and exceeded expectations. They were launched separately in 2003 and landed on Mars in 2004.

NASA's younger Curiosity rover was unaffected by the dust storm; it relies on nuclear, versus solar, power.

Another NASA spacecraft, meanwhile, is on its way to Mars and should land in November. Named InSight, this robotic explorer has solar panels.