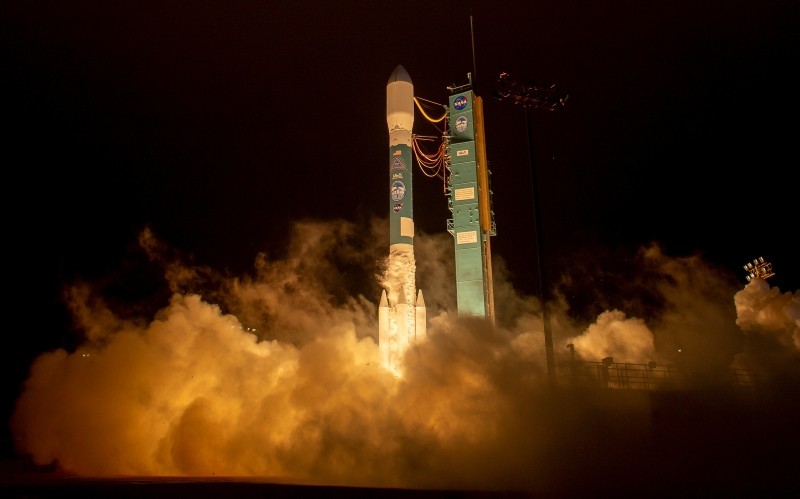 NASA has launched a climate satellite that will use lasers to measure changes in the Earth's ice sheets from space.

ICESat-2 (Ice, Cloud and Land Elevation Satellite-2), which launched Saturday from NASA's base in California, will be able to measure the height of features on Earth, helping scientists to track patterns such as melting glaciers.

The satellite's powerful lasers will send 10,000 pulses per second down to the surface of the Earth. Based on the time it takes for the pulses to return to the satellite, scientists will be able to calculate the height of ice sheets, glaciers and vegetation.

Though powerful, the laser will not be hot enough to melt ice from its vantage point some 300 miles (500 kilometers) above the Earth, NASA said.

The mission is meant to last three years but has enough fuel to continue for 10, if mission managers decide to extend its life.

ICESat-2 was launched with the last-ever Delta II rocket - in operation since 1989. The rocket has launched more than 150 times with a success rate of 98.7 per cent, according to NASA.

"Lifting ICESat-2 on a quest to explore the polar ice sheets of our constantly changing home planet."

The launch marks the first time in nearly a decade that NASA has had a tool in orbit to measure ice sheet surface elevation across the globe.

The preceding mission, ICESat, launched in 2003 and ended in 2009. The first ICESat revealed that sea ice was thinning, and ice cover was disappearing from coastal areas in Greenland and Antarctica.

In the intervening nine years, an aircraft mission called Operation IceBridge, has flown over the Arctic and Antarctic, taking height measurements of the changing ice.

But a view from space -- especially with the latest technology -- should be far more precise.

An update is particularly urgent since global average temperatures have climbed year after year, with four of the hottest years in modern times all taking place from 2014-2017.

"Loss of things like the sea ice that covers the Arctic ocean affects our weather, and loss of ice that covers Greenland and Antarctica raises sea level," said Tom Wagner, cryosphere program scientist at NASA.

He added that the satellite should reveal new insights into the ice in the deep interior of Antarctica, which is area of mystery to scientists.

Delta II rockets have been used for missions including the Phoenix Mars Lander, plus all operational GPS missions, as well as commercial missions.