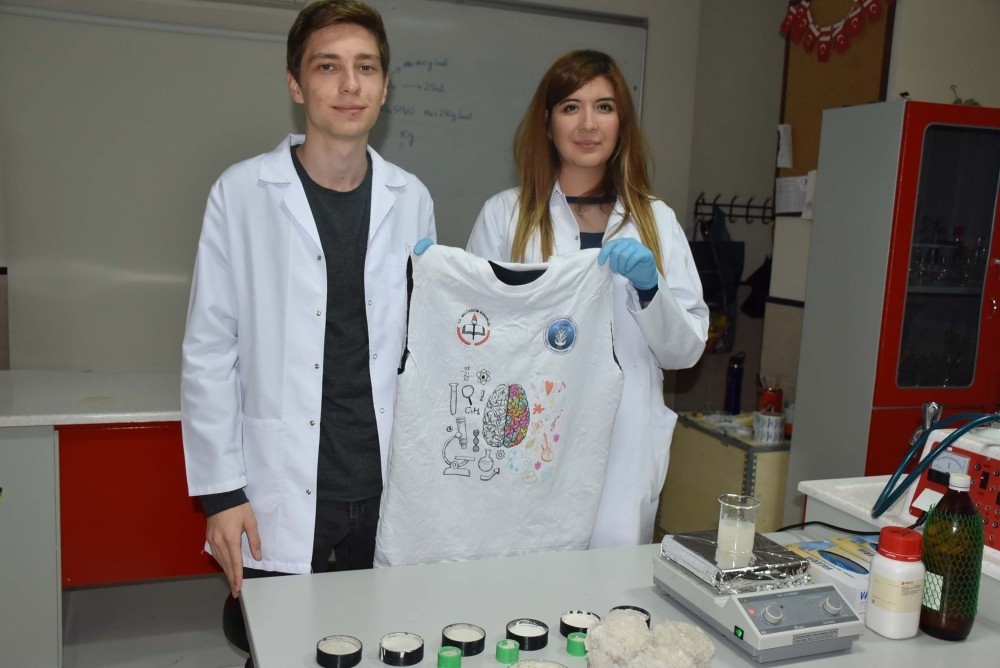 Contrary to popular belief, cockroaches cannot stand radiation, but that did not stop a Turkish high school student from producing a radiation vest made of boron and a chemical compound found in cockroaches.

Working with his chemistry teacher Pınar Sabaz, Alperen Berberoğlu discovered that thousands of years of mutations have made cockroaches produce a chemical called chitosan in their shell. It enables the bug to resist many external changes.

Berberoğlu prepared a solution using chitosan and boron, a chemical element abundant in Turkey. They used the compound to produce a vest that protects the user from radiation effects by approxciametley 98.25 percent.

"I have been working on the project for two years," Berberoğlu said. "The vest we produce contains the solution we created from cockroaches and boron. The vest can be used in hospitals. It is lighter and cheaper than traditional radiation protection vests. Lead vest used at hospitals costs up to TL 600 ($102) but we have managed to produce ours for only TL 20. Since it is lightweight, it can also be used in the defense industry."