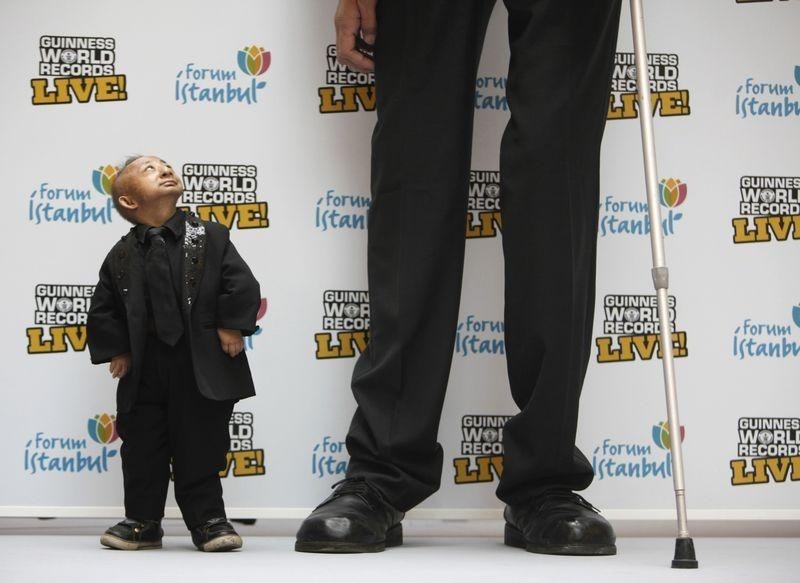 Taller people have a higher risk of cancer "hardwired" into them partly because they have more cells for the disease to target, a study claimed on Wednesday.

Researchers in the U.S. examined populations across three continents and found that the risk of contracting cancer for both men and women increased 10 percent for every 10 centimeters (four inches) in height.

Cancer develops when the body's normal controls on cell growth stop working, leading to the runaway creation of abnormal cells that manifests as tumors.

A study published in the biological sciences journal Proceedings of Royal Society B suggests that the risk of several types of cancer is likely higher in taller humans simply because they have more cells, and therefore more opportunities for those cells to become cancerous.

"This means that this extra risk is 'hard wired' and cannot in any obvious way be reduced," lead study author Leonard Nunney of the University of California Riverside told Agence France-Presse (AFP).

It is thought that some larger mammals such as elephants and giraffes, whose bodies have a far greater number of cells than smaller creatures, have evolved additional safeguards against cancer. But there is no evidence that this works the same in individuals within a single species, such as humans.

While scientists have known for a while that taller people tend to be at higher cancer risk, Nunney's study into human populations in the U.S., Europe and South Korea found that this might be because they have more cells in which something can go wrong.

In particular, taller people were shown to be at increased risk of melanoma because they have a higher rate of cell division — and, simply, more skin — than people of average height.