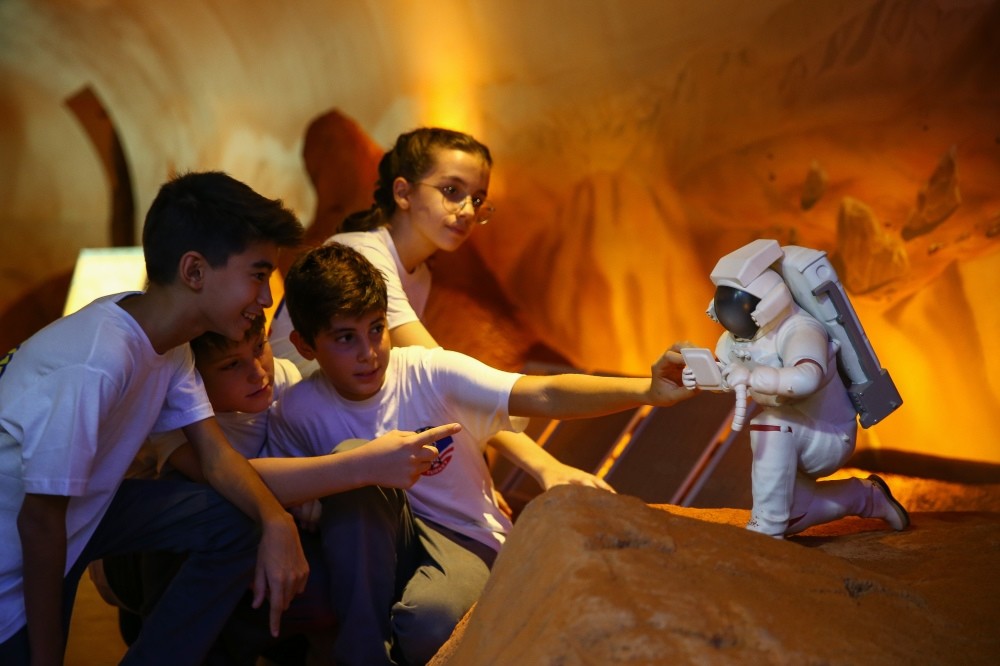 As scientists and astronauts work on realizing humanity's most ambitious exploration dream, colonizing Mars, in the next decade, children who might live on another planet in the future, are learning more about their future home at a space camp in İzmir

Space-loving children from every corner of the world will know Mars, where settlements are being planned. Colony animation modules and three dimensional video mapping technologies will make it even easier for Turkey's aspiring astronauts to learn more about the red planet.Space Camp Turkey, which is one of the three space camps in the world and hosts kids from a large geography with its programs of space sciences and technology content every year. In the camp they will get a chance to learn about Mars, where a human mission is planned for 2024.

Modules in which the first colony in Mars is animated will be at the camp and children will be shown the characteristic features and structure of this planet. They will also learn the difficulties of living on Mars and how to overcome them. 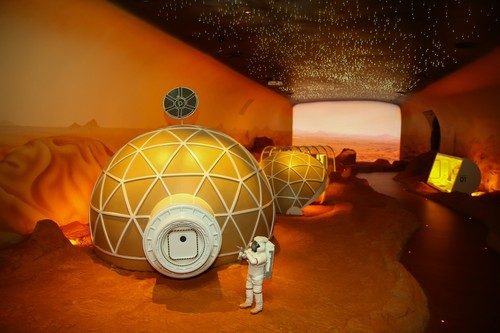 The participants of the camp will experience life in Mars with interactive modules, such as habitat, research and supply, hydroponics and laboratory units. Written by the workers of Space Camp Turkey, short films about life on Mars will be screened with 3D video mapping technology.

In the film, information about the difficulties of living on Mars and technology that is necessary to overcome these difficulties will be provided.

Participants will be informed about the characteristics of the planet and continuing scientific works with the activities performed in this field.

Faruk Güler, the chairman of the executive council of the Aegean Free Zone Development and Operating Co., where Space Camp Turkey was established, told Anadolu Agency (AA) that the camp was opened in 2000.

Drawing attention that the only space camp apart from the U.S. and Canada is in Turkey, Güler said that 230,000 space lovers from 60 countries attended the training program at the camp in 18 years.

"This is a very good environment to attract attention. Participants from 60 countries socialize here and make friendships. We increase the interest and excitement of students in not only Turkey but also our geography on space," he said.

He added that the children who attended the camp were inclined to choose the departments in this field at university.

Yıldırım said they established a training area, "Generation Mars," with the information that they received from the NASA's sources and "their imagination."

He added that every module in the colony will be introduced to the participants and therefore they will be presented an opportunity to perceive life on Mars as a whole.

Alyssa Carson, 17, who is training at NASA in order to take place in the first human mission to Mars, sent a video message for the visitors of Generation Mars.

Carson mentioned in her message that scientists and engineers work on many ideas for Mars colonization.

"Mars is actually the next giant step for humanity. To discover the red planet and to colonize there will be the most important issues of this generation. With Space Camp Turkey's new Mars exhibition, the new generation will be a step closer to revealing the mysteries of Mars and to understand how to live and work on the red planet."