Artificial intelligence to make you fly

Drones have been using AI technology for some time now but there is still time for commercial flights.
by Şule Güner Dec 20, 2018 12:00 am

Artificial intelligence is in every part of our lives and it has already conquered the skies. The big question remains, will this cutting-edge technology ultimately cause pilots to lose their jobs? Although we are a long ways from AI-powered commercial flights, this is still something to think about

Like every other sphere of our modern lives, artificial intelligence (AI) has also made its way into civil aviation. The AI market, created by giant tech companies that develop software to help pilots and passengers alike, is growing. According to a market report, AI in the aviation sector is worth $152 million today and is expected to rise in value to $2.2 billion in 2024.

In the U.S. and Europe, airline giants have been using AI for the last few years. Most recently in April, Air Canada and WestJet, one of Canada's largest airlines, announced that they were investing in AI technologies.

WestJet CEO Ed Sims said that they are planning to launch a "virtual concierge service," like Amazon's Alexa or Google Home.

The International Air Transport Association (IATA) said that in order to double the number of passengers in the next 20 years, new high-tech methods, including artificial intelligence, should be included in air traffic, airport and aircraft systems.

It looks like AI will create significant added value in civil aviation, making operations during the flight more effective and reducing the cost of flights. Steve Peterson, the head of the global travel and transportation section at the IBM Institute for Business Value, says that personalized customer relationships with chatbots and easier booking methods will improve the service.

Another area where AI will certainly reduce costs is aircraft maintenance. It is said that AI systems can predict the breakdown of an aircraft before it happens and shorten the maintenance process for the aircraft on the ground, making the broken down parts repaired in a shorter time. Experts believe that a big airline company like Air Canada will make profits of over $100 million annually cutting down on maintenance costs.

However, the use of AI in aviation is ethically critical. It may be employed to predict passenger behavior, or calculate how much fuel the aircraft would need according to "nationality, distance and type of passengers," days before the flight. The AI may even forecast how many people will not arrive for a flight by looking at the "weather conditions and flight time."

Speaking about the use of AI in civil aviation, professor Ercan Öztemel, an academic at Marmara University's Industrial Engineering Department, said: "It will not be wrong to predict that these systems will be used in issues such as air traffic control, cockpit management, and especially maintenance. Currently, they are widely used in pilot training and education. AI systems have been successfully used in creating automated scenarios, measuring the performance of trainee pilots, completing their education and evaluating their deficiencies and behavior during flights.

U.S.-based Garmin International, which develops GPS technologies, has also started using artificial intelligence technologies. The company said that they have managed to deploy AI in the cockpit through a voice recognition system, in the form of a navigation system called "Intelligence."

Using GMA 350 and DMA 35 sound panels this navigation system was first used in a cockpit in 2015. The system can fulfill a series of co-pilot duties, including changing radio channels, reading wind forecasts and transmitting location information when requested. In the future, it will be possible to create digital cockpit assistants that can interpret the information on the airborne radar, make comparisons between the current flight plan and weather forecasts, as well as monitoring any changes.

These assistants will be able to offer an optimum landing route, considering the speed and weight of the aircraft and guide it according to the changes in weather and wind directions.

A similar system is reportedly being tested by Airbus. The system does compatibility checks between the length of the runway, weather conditions, approach speed and weight of the aircraft. If there is a serious incompatibility, it can give the message of a "short runway length" with a "suitable tone of voice." 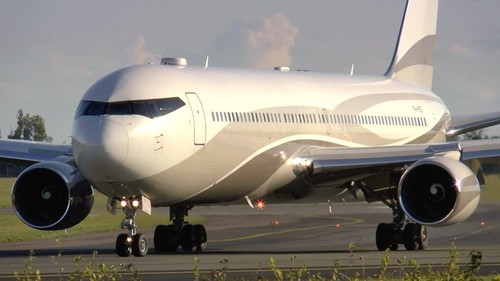 Giant airline companies have announced that they are interested in investing AI technologies.

Another important area for AI is the autopilot system. Future AI-driven aircraft will not just follow pre-planned routes but will also be able to fly an aircraft according to changing environmental conditions, just like a real human pilot. Achieving this would mean that aircraft could be flown by a single human pilot in the future.

AI would be able to support civil aviation in many ways, especially with air traffic control.

The problem of optimally matching pilots and flight attendants with airliners and take-off-arrival points, which continues for months, can be solved by genetic algorithms at the touch of a button.

It is worth mentioning that Airbus and IBM's Smart Fleet Maintenance Management program use AI in order to provide maximum benefit in terms of maintenance plans and fuel consumption.

Our safety depends on it

However, it is likely that AI systems would be mostly used on unmanned aerial vehicles (UAVs), commonly known as drones, before airliners. Today, agricultural drones know exactly where to spray the pesticide. A lot of work has gone into drone postal deliveries as well. They are also used for protection of agricultural areas. But developing autonomous UAVs is not possible without the use of AI.

After UAVs, AI will be used in cargo planes and small aircraft. It would not be wrong to say that many security issues will be left in the hands of machines and AI. It will have its share in civil aviation, as well. It would take another five or 10 years for AI to become an integral part of passenger aircraft and the civil aviation market in general.