The rise of humanoids: The future is here 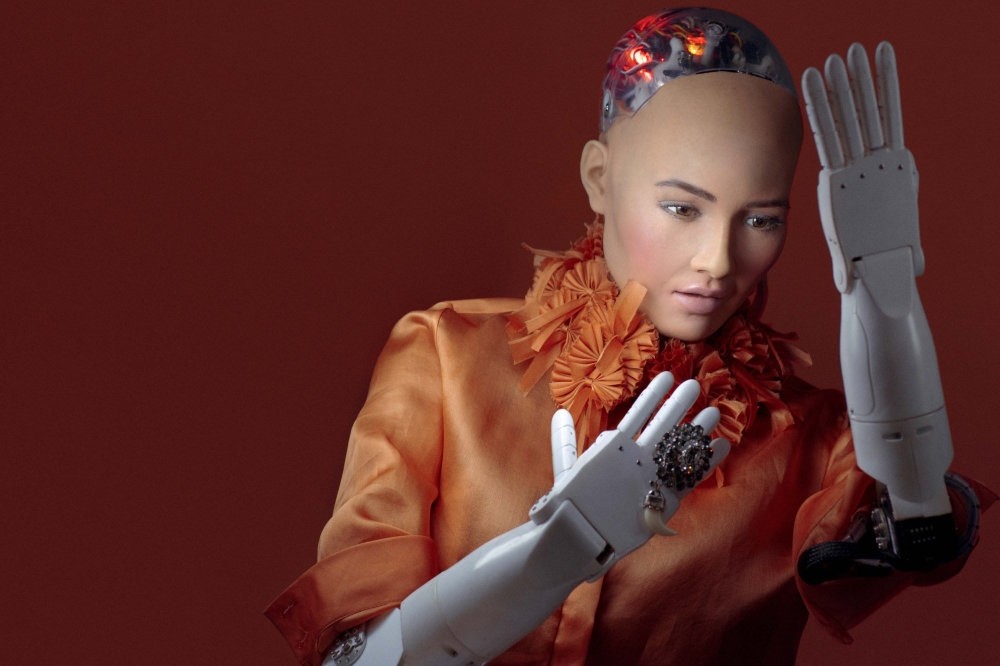 Developed by a Hong Kong-based robotics company two years ago, the humanoid robot Sophia is the most developed humanoid right now.
by Şule Güner Dec 27, 2018 12:00 am

The old school robots are so yesterday; it is the era of humanoids, the robots that are smart, able to do human tasks and look like humans at some point

We know that the word robot does not only mean industrial robots in factories anymore. We can say that the robots we see on TV are mostly humanoid robots that try to move like humans and have features that imitate human features.

The term known as the "Uncanny Valley" in robotics, describing the feeling that humans experience as robots come to resemble human beings more and act more like them, and partly determines the direction of robotics. However, some humanoid robots are so realistic that they can make people shudder.

Having become famous with his robot that bears a striking resemblance to him six years ago, Japanese robotics professor Hiroshi Ishiguro, whom have I met two times, led the way in introducing his humanoid robot to the world.

Ishiguro's latest humanoid robot, Erica, was built in the appearance of a woman. The robot started to work on a TV channel in Japan in 2018. The Japanese, who have a very warm attitude to robots, loved this presenter robot, which was developed by the professor at the laboratory of Osaka University.

Ishiguro says that robots will be a part of families soon, and families will be formed by pets like cats and dogs and robots along with parents and children. He is not wrong actually. If we continue with the example from Japan, where humanoid robots are the most common, the fame of the robot named Pepper, the bestselling social humanoid robot in the world developed by Japanese technology company Softbank, has spread beyond the country. In many places around the world, including Turkey, Pepper helps people by saying "welcome" to them and answering their questions at events and shopping malls.

One of the most famous Japanese robots has animal-like features not human-like features. The robot dog Aibo, the most popular product of the animal-inspired robot design school launched by Sony, which is called biomimicry in robotics, had two high-level versions since 1999, when it was launched. Most importantly, it can act as smart and cute as a dog by using artificial intelligence (AI).

The humanoid robot Sophia, which was introduced by Hong Kong-based Hanson Robotics two years ago, is the most developed model of this trend. Sophia is treated like a rock star and has become the biggest indicator showing that this robotics trend will rise.

Traveling around the world and attending talk shows, Sophia, who also came to Turkey, continues to amaze us every day with her smart and witty answers to interviewers and those who communicate with her.

The popularity of Sophia caused robotics engineers from different countries to develop their domestic humanoid robots. The Hindi-speaking robot Rashmi in India is one of them.

When we go to the other side of the ocean, Boston Dynamics comes to our minds when humanoid robots are mentioned.

Founded as a company that develops robotic works within the Massachusetts Institute of Technology and later bought by Softbank, Bo

ston Dynamics is at the forefront with its humanoid robots characterized by their mobility.

Boston Dynamics' Atlas robot, which was designed for the Defense Advanced Research Projects Agency (DARPA) of the U.S. Department of Defense and introduced to the public in 2013, was a robot that can walk slowly and balance on one foot in the first version. However, it showed us how robots can come a long way in a short period of time its latest version introduced in 2018.

Atlas has shown lately that it can reverse somersault, overcome obstacles of 40 centimeters, do karate while standing on bricks, and its movements are more agile.

Another assertive robot of Boston Dynamics is SpotMini, which they introduced in 2015. This humanoid robot, which was designed in the shape of a four-footed animal, manages to open doors and has the abilities of comprehension, handling and resisting. 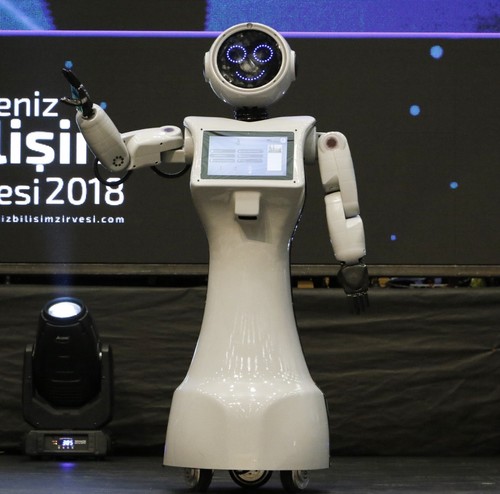 Turkey's humanoid robot Ada was produced by AkınRobotics and has already appeared in a TV series. The robot, which will serve at Istanbul Airport, is accepted as a humanoid robot which has the most advanced features developed in Turkey. The Mini Ada model of the Ada series can also dance moving its arms.

Ada can be AkınRobotics' most prominent robot but it has also a robot named Arat, which resembles Atlas and is planned to be used for safety. AkınRobotics robots, which are equipped with domestic technology, are designed to serve in different fields such as agricultural and social robots.

It looks like AI robotics systems will make up an important part of Turkey's technological strategy. The Ministry of National Education (MEB) gave the first signs of this, announcing that the International MEB Robot Contest will be organized next year. In the contest, where more than 4,000 robots from 20 countries are expected to attend, domestic humanoid robots will also take their place.

While investments for humanoid robots are increasing in Turkey and across the world, we need ask ourselves if us humans are ready for these robots. Gradually they are starting to resemble us, and day by day we are communicating with them much better and they are having more fluent mobility. Should we worry that humanoid robots will be more involved in human life in the coming years?

The chief marketing officer, who is also the chief data officer. of Hepsirobot, the technology company that produces smart household robots, Ali Tan Şerbetçi, who follows robotics trends in the world, thinks that people are not ready for unmanned robots.

"No matter how humanity pursued inventions that will comfort and make them lazy throughout history, they are not ready for robots that will substitute them and their abilities genetically. We are not ready to see a Rosie having arms and legs instead of robots used in industrial applications. Robots do not attract attention so much because their shapes do not resemble ours. However, we do not like the imitation of our personality and sense of existence cleaning our homes. The most significant feeling that has been coded in our genetics is that we are unique. In order to have the courage to give a sizable place the humanoids in our daily lives and to spare an area for them in our society, we will have to be sure that we have transferred the ethical, legal and moral rules to them completely," Şerbetçi said. The ethic, legal and moral dimensions referred to in Şerbetçi's comment creates the biggest difficulty in the issue of humanoid robots, the number of which is increasing gradually every year. Technology experts say that the people who make these rules, such as lawmakers or technology experts, will take action on this issue in the next few years.