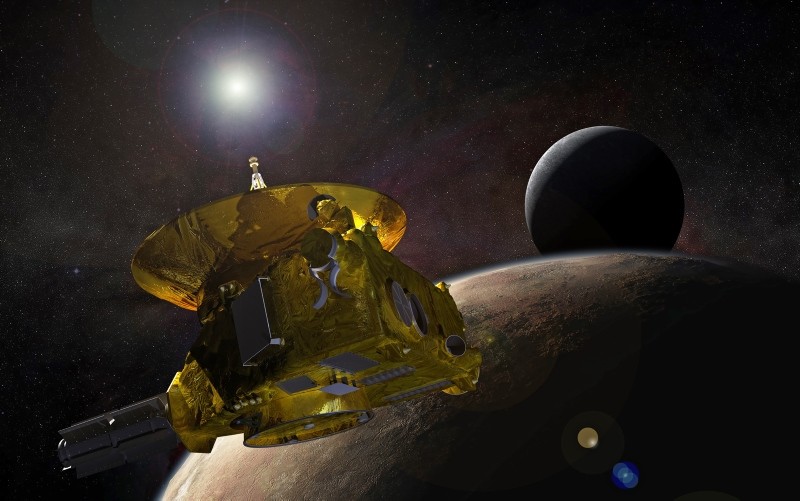 The NASA probe New Horizons sent back signals from the celestial object Ultima Thule some 6.5 billion kilometers from Earth, confirming it survived a historic flyby.

Applause and cheers broke out at mission control when the signals from New Horizons were confirmed on Tuesday. The probe's flyby of Ultima Thule marked a milestone as it became the most distant object ever explored by a space probe launched from Earth.

Engineers had to wait in nervous anticipation for hours as the signals travelled back to Earth following the flyby at 12:33 a.m. Once received, the signals confirmed that the flyby had taken place and that New Horizons was operating perfectly.

"We have a healthy spacecraft," mission operations manager Alice Bowman announced. "We have just completed the most distant flyby."

New Horizons launched in 2006 on a mission to explore Pluto, which it achieved in 2015. It then was repurposed to fly more than 1 billion miles beyond the dwarf planet to the Kuiper Belt, a region of space containing potentially billions of small objects left over from the formation of the solar system.

Stern and other members of the team at Johns Hopkins University's Applied Physics Laboratory, which NASA chose to carry out the mission, were very pleased with the performance of the nearly 13-year-old space probe.

"We did it again. It's fantastic," Stern said at a news conference. "The New Horizons team makes it look easy. It's not easy. The team spent three and a half years making sure everything went well. From everything we can tell they scored a 100 on the test."

NASA scientists believe Ultima Thule has been orbiting the sun undisturbed since its inception and is like a "time capsule" that might shed scientific insights into the origins of the solar system 4.5 billion years ago.

Data and images from the flyby are expected to begin coming in from New Horizons on Wednesday, Stern said. New Horizons took a series of pictures and other data measurements as it flew past Ultima Thule at around 51,500 kilometers per hour at a distance of around 3,500 kilometers.

A blurry image taken by New Horizons on its approach on Monday was shown during the news conference. It indicates Ultima Thule has an irregular "bilobate" shape, like a bowling pin, and that it is rotating like a propeller, said project scientist Hal Weaver. Its size is estimated at 35 kilometers long by 15 kilometers wide.

Weaver said later this week the team will be able to see clearer images revealing whether there are craters on Ultima Thule's surface and other details.

Stern said the science team expects to use the data to map the surface and look for satellites and rings around Ultima Thule, Stern said.

"The images coming down this week will already reveal the basic geology and structure" of Ultima Thule, Stern said, saying the documentation will begin right away. "We are going to begin writing our first paper next week."