Future of construction lies in robots 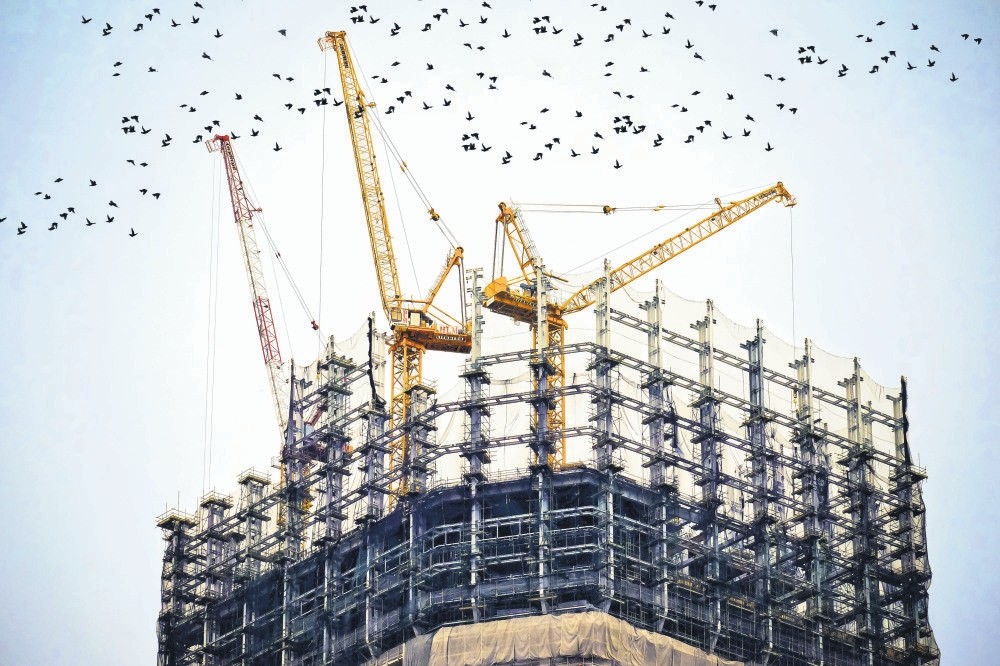 Contrary to popular belief, robots are here to help humans rather than steal their jobs. Using advanced technology, robots can make even the most dangerous jobs safer for human workers. A new construction robot, Quicabot will aid human workers with quality inspectation

The construction industry is one of Turkey's biggest business sectors. In the upcoming years, it is expected to go through a technological transformation, having left some of the most repetitive and labor-intensive jobs to robots.

Quicabot, which can perform quality inspection of structures, is one such robot. Turkish scientist Erdal Kayacan started off the project in Singapore in 2017, during his time at the Nanyang Technological University. He currently works at the Department of Electrical and Computer Engineering at Denmark's Aarhus University.

Kayacan developed the world's first construction quality inspection robot with the support of Jurong Town Corporation, Singapore's Housing Development Administration. The project was transformed into a product by Transforma Robotics.

He noted that Quicabot is still in the process of development and will soon be launched in the market. "The robot weighs 70 kilograms and is 1.8 meters in height. It moves using an autonomous ground tool. It is equipped with sensors like an RGB camera, thermal camera, 2D laser scanner and inclinometer. It can work nonstop for 36 hours with a single charge. If we talk about Singapore specifically, quality inspection for more than 100 problems, like power outlets and windows, are generally performed once the construction is complete. Only five of these problems can be automatized with this robot. These are cracks in the walls, gaps under the plaster, the flatness of walls, whether they have 90-degree angles to each other and whether the floor slope is at a certain value," said Kayacan.

The robot uses a pre-uploaded 3D map of the structure. It visits each and every room and processes this 3D data. Any problem identified by the robot can be seen by the construction company, the controlling state institutions, contractors and other related people.

Kayacan said that the biggest advantage of this robot is that you can transfer the duty of quality inspection to a machine. The robot performs this duty tirelessly, using 3D mapping and artificial intelligence (AI), in a much shorter time.

"When workers do a quality inspection, the results can be different, depending on how tired they are or even their mood. One thing that may be considered a problem by a quality controller may not be a problem for another. Besides, workers may leave a room with few measurements as quality inspection can get very tedious. Workers often do not check every point in the room and look at a few random spots. The robot, however, will look at every single point. In short, it notices everything," said Kayacan.

He stressed that workers need mechanical tools such as miter, ruler and hammer to find errors but the robot can detect the same problems without any tools, using its powerful sensors. 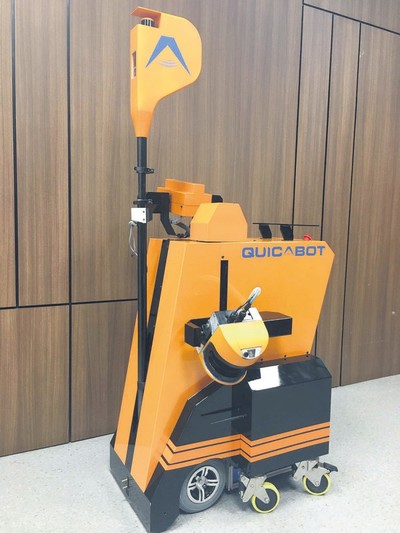 Equipped with sensors like an RGB camera, thermal camera, 2D laser scanner and inclinometer, Quicabot can work nonstop for 36 hours on a single charge.

Speaking of the robot's AI and its learning abilities, Kayacan said: "Thanks to the AI, the robot learns as it works. The more buildings it checks, the more it learns. A duty that is performed by two human workers can be completed in a much shorter time if a controller and a robot work together."

He said that a robot doing the quality inspection of a building would also mean objective reporting. It would also help construction companies gather very important data.

"Thanks to the robot, the contractor company can find out which subcontractors have made more mistakes; so, it can be a great assessment tool. For example, it can be a serious source of information to measure the quality of work done by different plastering companies at hundreds of construction sites. In addition, when the construction is done, the client will receive an objective report, not from the hands of people but from a robot," Kayacan explained, adding that "the robot will also be able to evaluate the performance of every company that has worked in the building."

Quality control workers check and evaluate more than 100 problems; Quicabot, on the other hand, checks only five without the need of any human intervention. It navigates by itself and finds its own way. A human worker would look for the other 95 problems the robot will not check. The report prepared by the robot is then uploaded to a digital platform through the Building Information System (BIM) and those who want can access the report via the cloud.