Welcome to the new age of ride-sharing flying cars 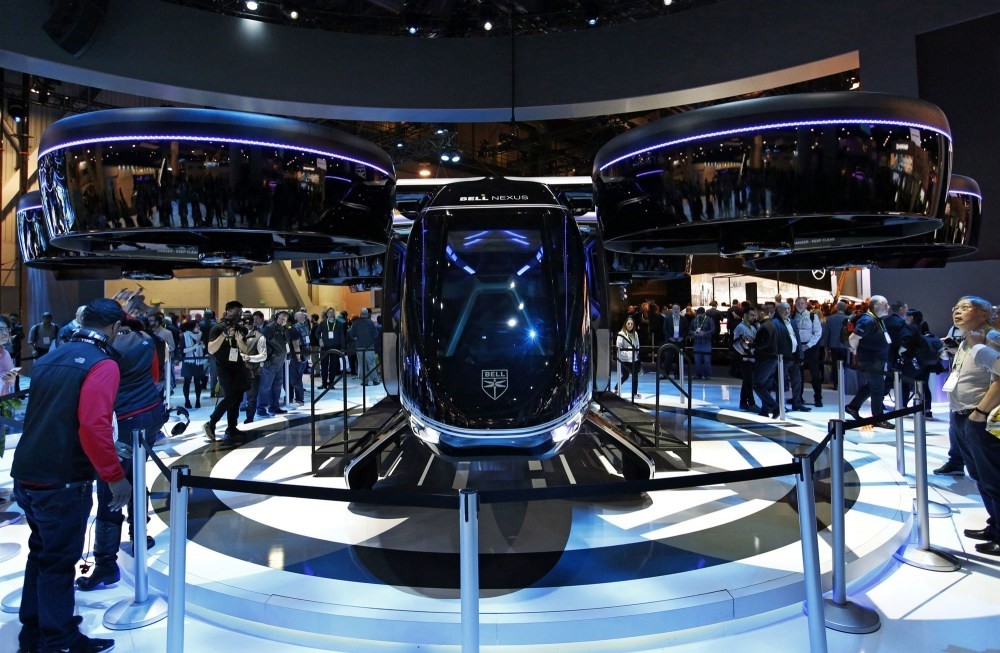 In the upcoming years, a lot of changes in advanced technological transportation means await us. This new era, which will remove land traffic and fossil fuel cars, is the scene of a fierce race. The competitors of this race, which is important for the automotive sector, are in the pursuit of being the first of this new trend, activating electric air and land vehicle projects as soon as possible.

There are three questions at this point: Which brands will dominate the electric vehicle market? Who will launch the flying vehicles first and where? Who will take the lead in car rental (ride-sharing) practices?

Organized in the second week of January, the Consumer Electronics Show (CES), the biggest consumer electronics fair in the world, enabled us to observe that this competition will produce fruit pretty soon.

This year at CES, it is said that the incredible interest in autonomous vehicles gave its place to electric vehicles, which will solve the problem of land traffic in metropolitan cities housing intense population. There were many concrete examples that led to this interpretation.

We can say that the hybrid-electric vehicle, the Bell Nexus of Bell Helicopter, which the ride-sharing application Uber plans to use, was the most spectacular prototype at CES. So far, dozens of companies have introduced their prototypes with illustrations. Bell took it a step forward and presented the air taxi, which will take people from the nearest field and drop them off wherever they want in the upcoming years, to the interest of thousands of participants.

Uber plans to activate this vertical take-off-and-landing (VTOL) aircraft, designed by Bell, in the middles of 2020. Uber says that its fleet comprising of these vehicles, capable of driving at a speed of 214 to 321 kilometers, will solve traffic problems in many metropolises, especially in Los Angeles.

However, VTOLs will not be able to land in the place from where you call for them, like Uber's land vehicles. Vice President of Strategic Communications at Bell Robert Hastings says that a meeting will be organized with an application in the most proper field or area where VTOL will be able to land. Hastings says that the 1.5-hour driving time that is necessary to get to Ken Center from Dallas-Fort Worth Airport will be reduced to eight minutes with Bell Nexus.

The vehicle, presented at CES, has a capacity of five passengers. Stating that there will also be VTOLs with a capacity of 10 passengers, Hastings mentions that the VTOL was originally designed without a pilot, but a pilot cabin was added later.

While the issue of autonomous vehicles' being a problem not only on land but also in terms of security in the air is discussed, passenger sharing companies like Uber, have turned to electric vehicles that can be used in cities in order to solve the traffic in city centers. It is interpreted as a good investment for transport methods in cities that Harley Davidson introduced its electric model LiveWire at CES, and it is accepted that passenger sharing applications will definitely be in cooperation with these electric vehicles. For this reason, many brands have introduced their electric motors, bicycles and scooters at CES.

Among them are Novus, Bird Rides, Lime, Swagtron and Yamaha. These brands and many like them will be a bigger part of city life, cooperating with renting applications.

I do not know how aware you may have been of the madness around the #10YearChallenge on Facebook, Instagram and Twitter, which has been ongoing for two weeks. However, millions of people have shared their past and current photos, merging them with mobile apps, on these social media platforms.

Some of them joined this online stream, stating where the photos were taken or other details in the photo frame. Some technology experts in the U.S. say that this trend is not so innocent. You may think: "What kind of harm can occur in innocent photo sharing of people about how they aged in 10 years with their friends and the whole world?"

The reason why technology experts are worried is that machine learning is the basis of face recognition technology. Machine learning algorithms are trained with online data. Especially when you use tags, it allows algorithms to classify according to this photo content and to make an inference from multiple photos showing people, places and objects.

Those who use social media have seen applications that predict how you would look when you get older or which famous historical character you look like in a minute while surfing on these platforms.

The difference is that it is asserted that this innocent social exercise labeled the #10YearChallenge was launched by Facebook and it did not inform the users about its aim.

It is claimed that Facebook, in the center of the criticism, trains its algorithms, especially about characteristic features about aging, benefiting from the details of the photographs chronologically shared by people, and this labeled expression carries the algorithms to a higher level.

In the U.S., an algorithm that a group of experts trained with 60,000 images from Costa Rica can predict endometrial cancer before it occurs.

The algorithm, which makes this prediction much better than traditional imaging methods or expert doctors, was trained with the use of images obtained without advanced technology.

According to a study published in the Journal of National Cancer Institute, this artificial intelligence method, called "automatic visual assessment," was able to successfully detect cells that could cause cancer by 91 percent.

A doctor can successfully detect a cancerous cell with a rate of 69 percent while a familiar method like a Pap smear test can achieve this at the rate of 71 percent. Mark Schiffman, one of the cancer epidemiology and genetics department doctors at the U.S. National Cancer Institute said, "This algorithm obtained results in people better than me."

Stating that their aim is to ensure this technology will be used worldwide in the next three to five years, Schiffman said that they did not ask for a patent for this technology on purpose as they want to reach as many women as possible.

Schiffman, who has been conducting works on endometrial cancer for 35 years, said that this cancer is seen in low-budget, poor countries. According to the World Health Organization, endometrial cancer is the fourth-most common type of cancer with nearly 570,000 new cases last year.