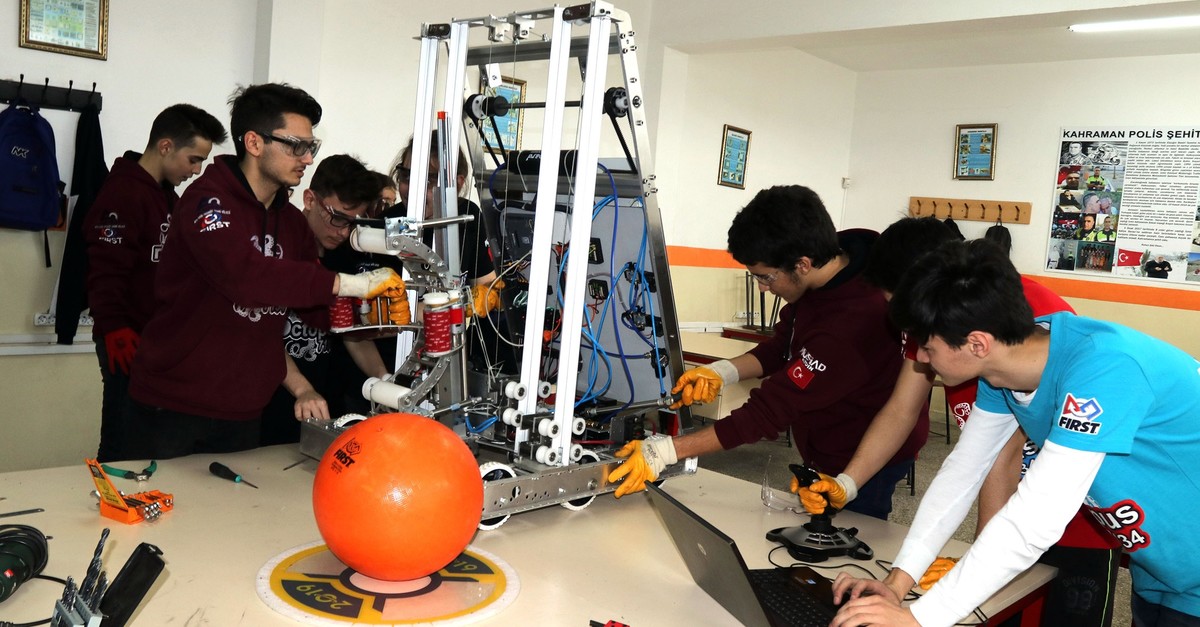 Robots might be expected to take over the world in next couple of decades, but there is one thing for sure: brilliant young Turks will be creating them.

High school students from Aydın province, who won the Rookie All-Star award at the FIRST Robotics Competition (FRC) in China last year with the robot "rOctopus 7134," which they designed and built, are now getting ready to compete in two consecutive competitions in North America with their new robot.

The high school students, encouraged by their previous success, are now aiming even higher. In just six weeks, the young inventors designed and built a new robot they called "super robot."

The first destination for the robotics team is the FRC Festival, which is the qualification round for the world championship and currently taking place in Canadian city of Montreal. After the competition ends on March 3, the team will travel to the U.S. where they will compete in the World Robotics Championship between April 17 and 20.

He said they will compete as "veterans" at this year's world championship, and the new robot costed about TL 100,000 to create. "Although our robot was small in size last year, we managed to receive an award. This year, we are aiming for first place in the qualifications. Apart from the grand prize, there will be awards for engineering and prizes presented by the sponsors," Bayındır said.

Ahmet Burhan Yaman, one of the students from the team, said this year the design of the robot is exactly the one they have been imagining. Offering insights to the robot's features, Yaman said, "Our robot has a two-staged elevator system. The system called 'intek' enables our robot to complete tasks like taking and bringing a certain object to the desired place. Thanks to the elevator system, it can rise up to two meters high. It can be controlled remotely."

After the robot's initial design was finished, it took the team a few weeks to perfect it. Although it was challenging, the students and their supervisors worked hard to snag the prize they have been seeking for so long. What makes the "super robot" so special is that the students built the entire thing from scratch, including its hardware and software.