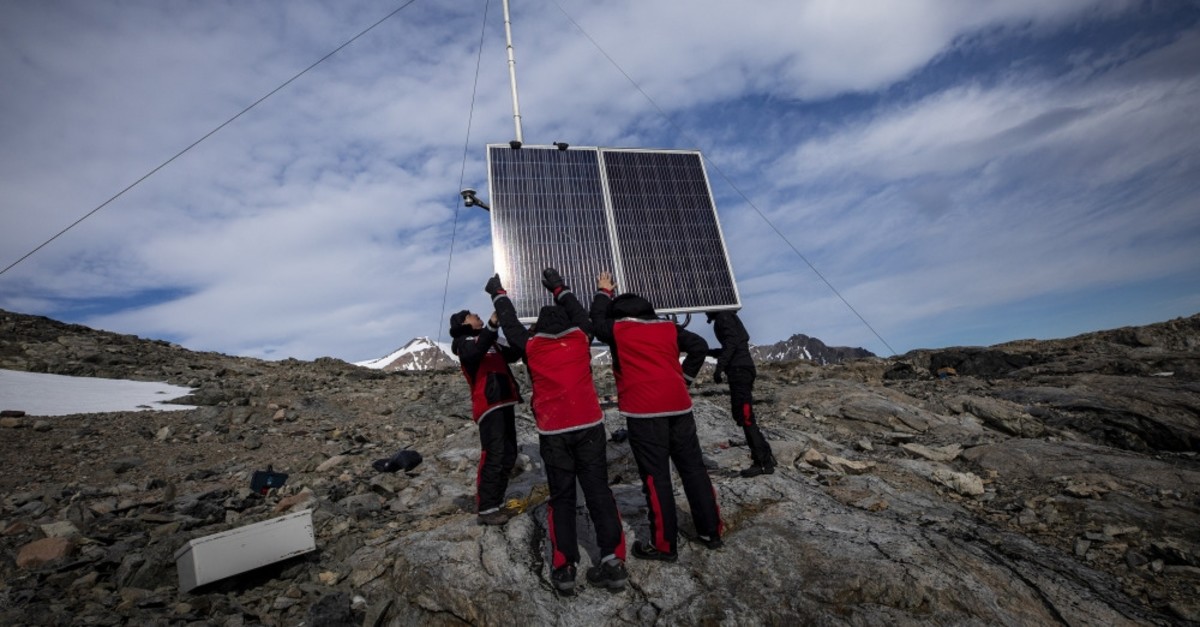 The General Directorate of Meteorology has erected Turkey's first observation station in Antarctica as a part of the 3rd National Science Expedition to the "white continent."

The construction of the station began right after the Turkish science team arrived on Horseshoe Island in Antarctica, where they built a temporary science base that will serve scientists for three years.

Speaking to the Anadolu Agency (AA), engineer Mehmet Yıkılmaz said it was a hard task to erect the station due to the strong winds and freezing cold.

The equipment for the automatic meteorology observation station, which weighed 450 kilograms was first carried to the island via helicopter but then the engineers and scientists carried them to the hill where the full station is planned.

The station will help Turkish scientists gather data on temperature, humidity and snow fall. For the next two years, the station will also record data on global sun radiation. Yılıkmaz also informed that a device which records the changes in the ozone layer might also be erected near the station in the long run.

Earlier this week, a team of Turkish scientists arrived on Horseshoe Island after battling a severe storm. To celebrate the event, national diver and record holder Şahika Ercümen dived into the freezing waters of the Antarctic Sea yesterday.