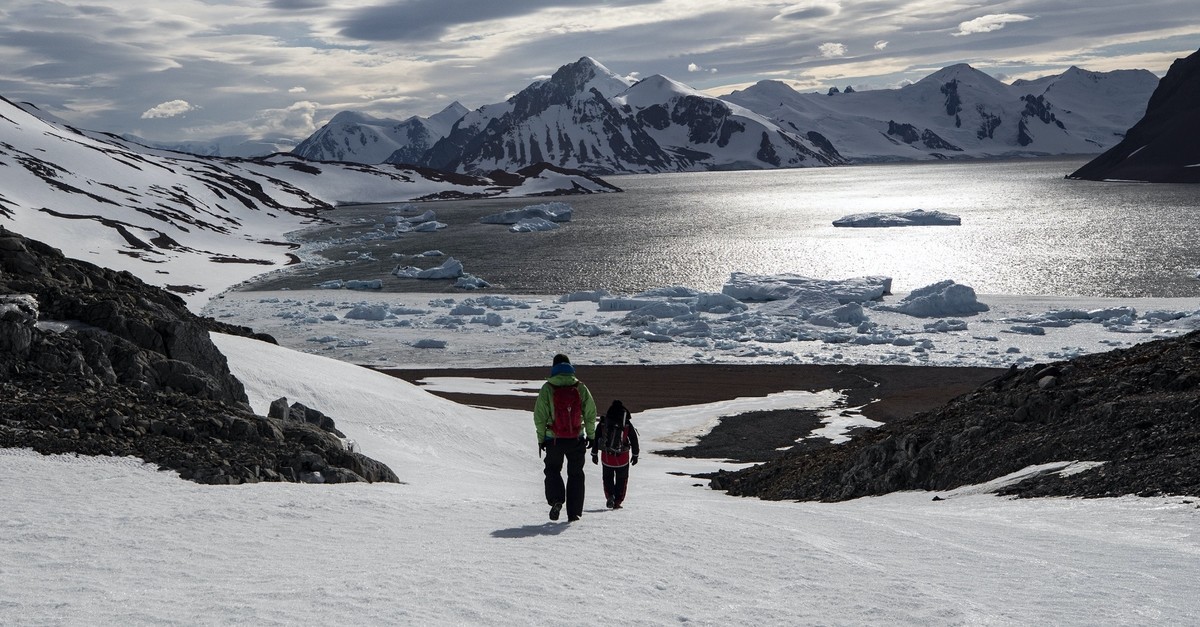 Turkish scientists continue their scientific research on the Horseshoe Island in Antarctica. After the construction of Turkey's first temporary science base on the island, the science team welcomed their first guests from Chile, Bulgaria, the Czech Republic and Ukraine for the first time. The six guest scientists worked together with the Turkish scientists.

"We are neighbors with Turkey and there is nothing to keep us from being neighbors here. We can collaborate with Turkish scientists on Livingston Island where the Bulgarian science base is located, as well as on Horseshoe Island," Velev said.

Chilean scientist Shelly Anne MacDonell, who joined to Turkish science team on their way to Antarctica, said Turkey and Chile have been cooperating logistically in Antarctica and their collaboration will continue in the future. Moreover, a team of Turkish scientists has created a 3D map of in Antarctica's Horseshoe Island, a Turkish navy official announced Friday. The team traveled to Antarctica earlier in February, as part of Turkey's 3rd National Antarctic Science Expedition that will last 30 days.

"The sea maps are pathfinders for sailors," said Master Chief Petty Officer Murat Ateş, who works for the Turkish Naval Forces Office for Navigation, Hydrography and Oceanography (OHNO). "The map created by the Turkish Navy will show where submerged areas and shallow waters are so precautions for

safe sailing for can be taken."

Capt. Soner Özdemir, an engineer at the General Directorate of Mapping, said they carried out geodetic studies that examine the shape, magnitude and the gravitational field of the earth and their time-dependent changes. He underscored the importance of the geodetic global positioning system (GPS) station near Turkey's temporary science base on the island. The station allows scientists to approach the island by boats with precise positioning, he added.

"We are planning to build a permanent GPS station about 40 miles near the island," said Özdemir, adding that "such a station will operate 24/7, all year long."

In April 2016, the first-ever Turkish team of researchers - including doctors, botanists, geologists and oceanographers from seven different universities - traveled to Antarctica to study the impact of climate change there.

Antarctica, which has no indigenous inhabitants and is not ruled by any country, is called the "peace and science continent." It has served as a scientific research zone since the signing of the 1959 Antarctic Treaty. Turkey currently holds observer country status but hopes to see this raised to a consultative status. The lowest temperature ever recorded in Antarctica, in 1983, was minus 89 degrees Celsius. In summer, however, mercury in the continent can climb as high as a balmy minus 15 degrees Celsius.