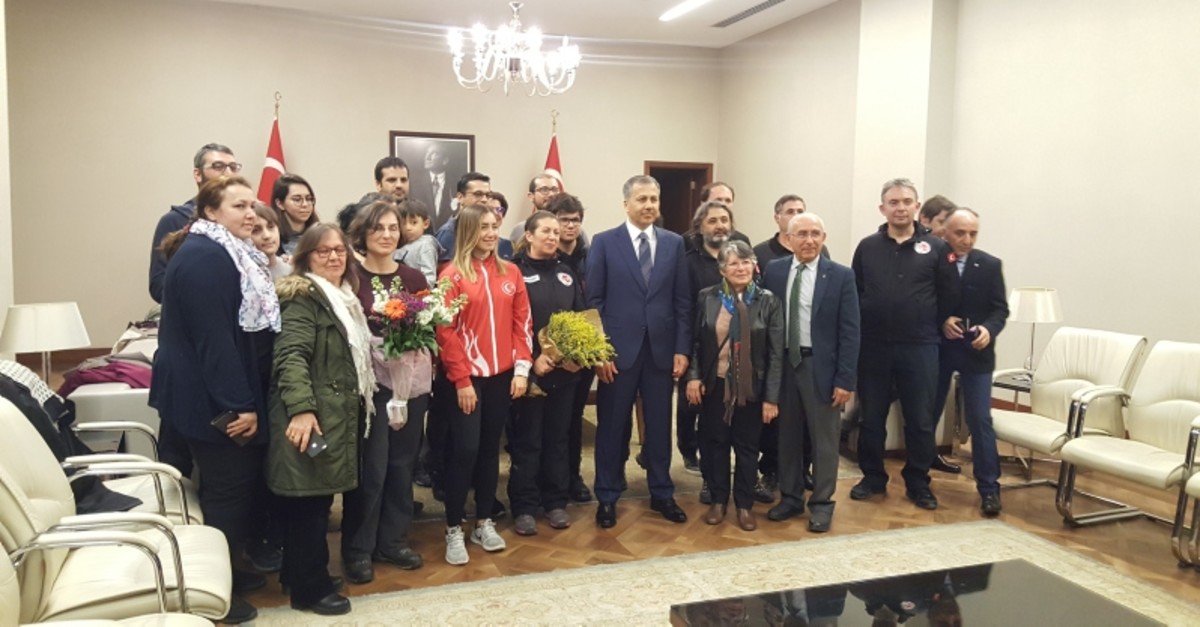 Turkey's third National Antarctic Science Expedition team completed its mission on the icy continent after 30 days of scientific studies and has returned home safe and sound.

For a month, a group of 24 scientists stayed in Betanzos, a Chile-flagged ship on an area of 300 square meters.

Some 14,000 kilometers away from Turkey, scientists worked at temperatures below zero and conducted more than 12 hours of fieldwork per day on the continent experiencing summer. The weather conditions were not always appropriate for fieldwork. Sometimes, the wind forced the team to stay inside and examine samples collected from the field.

They also spent time exercising, watching movies, reading books and chatting when inside the ship. With very little network availability, mostly via satellite systems, the frozen continent permitted only limited communication. Scientists kept in touch with their relatives in a limited time via e-mails and satellite phones once a week.

Daily nutrition was among the main priorities of the scientists. They ate food cooked by Chilean cooks, consumed energy bars, chocolate and dried food.

Speaking of her time in Antarctica, Şahika Ercümen, a Turkish free diving world record holder, said that it was a special moment in her sporting career to represent Turkey on the frozen continent.

A member of the expedition team, Murat Ateş from the Turkish naval forces said: "We have carried out our work under difficult conditions, but we ultimately succeeded."

Returning home Thursday, the Turkish team was welcomed by their families and Istanbul governor Ali Yerlikaya. Upon their return, the Minister of Science, Industry and Technology Mustafa Varank called the scientists on the phone and congratulated them on their successful mission.

Speaking to the press at Atatürk Airport in Istanbul, associate professor Burcu Özsoy of Istanbul Technical University (ITU) said: "The science envoy to Antarctica completed their mission successfully and are very proud of their accomplishments. What made this expedition different from the others is the construction of the [Turkish] temporary science base on Antarctica's Horseshoe Island and raising our flag to the sky; singing our national anthem. Witnessing that moment was precious and we were moved."

Earlier in February, a Turkish team traveled to Antarctica as part of the Third National Antarctic Science Expedition to spend 30 days, which was supported by the Turkish Presidency, the Industry and Technology Ministry, and ITU's Polar Research Center, along with other Turkish universities.

In April 2016, the first-ever Turkish team of researchers, including doctors, botanists, geologists, and oceanographers from seven universities, traveled to Antarctica to study the impact of climate change. Antarctica, the coldest continent on earth, has served as a scientific research zone since the signing of a 1959 treaty.