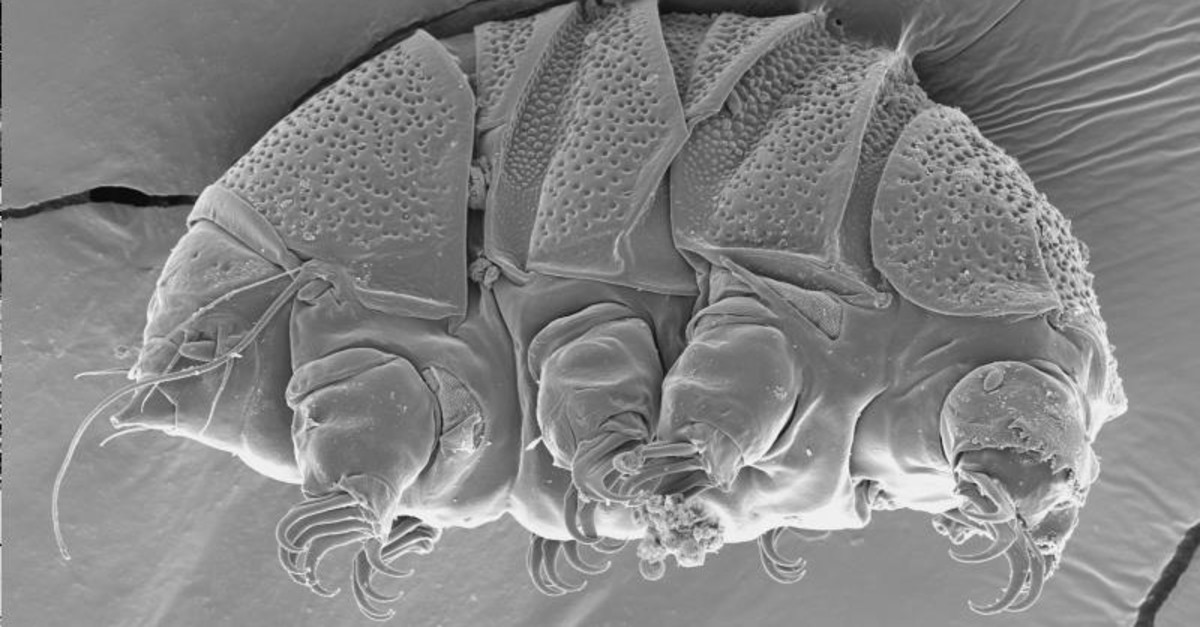 Earth's ultimate survivors can weather extreme heat, cold, radiation and even the vacuum of space. Now the U.S. military hopes these tiny critters called tardigrades can teach us about true toughness.

These animals are pipsqueaks, only about the size of a period. Under a microscope they look like some combination of chubby bear and single-eyed alien. And they are the closest life gets to indestructible.

No water? No worries. Tardigrades survive. Antarctic cold, 300-degree heat (150 degrees Celsius), a lack of oxygen, even punishing radiation doesn't stop these animals. They are so resilient in the face of so many dangers that scientists think their unique biology may hold clues to how we can make crops more resistant to drought, better preserve blood and medicines, and even make more effective sunscreen.

When the going gets tough for tardigrades, they curl up, dry out and wait. Then, when the environment gets better and they get water, they spring back to life.

Scientists say they can stay dormant for decades before reanimating.

In 2007, scientists put two species of tardigrades in containers, launched them into orbit and opened them up to cold, airless space full of punishing radiation from the sun and stars.

"If you were put into that same thing, you would explode," said tardigrade expert Randy Miller, a biologist at Baker University in Kansas. They lived and later multiplied, and the offspring from those tardigrade astronauts are still alive, Miller said.

There are as many as 1,200 species of tardigrades, and they live all over Earth, from mountain tops to ocean depths to driveways. Not all have the ability to go dormant and come back to life.

Speaking from McMurdo Station in Antarctica, Brigham Young University biologist Byron Adams said he can walk a few hundred yards outside and find tardigrades. He called them the tigers of inland Antarctica, near the top of the limited food chain, eating algae and aquatic plants.

Miller said tardigrades seem to be the first animals on Earth to have evolved legs, and, sure enough, they look like a first draft: The rear two legs face backward while the front six face forward.

If they are hurt when they are in an active phase and can't go into survival mode, they die like other creatures. But they don't have a circulatory system or a skeleton, so that allows them to curl up in a hyper-survival mode called "cryptobiosis."

Not all the critters come back from suspended animation, Miller said. But overall, they survive, even living through Earth's five mass extinctions.

Duke University biologist Thomas Boothby wanted to know how they manage to survive in "environments we think of as being impossible to live in." So he isolated the genes that activate when tardigrades need to go into cryptobiosis.

Boothby engineered those genes into yeast and says their tolerance to drought increased 100-fold. He hopes the genes could also help crops better survive drought.

In December, the Defense Department's long-term research arm gave Boothby a nearly $5 million grant to figure out what in tardigrade genes might help human health.

The idea is to see if the tricks that tardigrades use to protect themselves when they dry cane be used to protect vaccines and human blood, Boothby said.

Boothby hopes to make bags of blood last longer than the current six weeks and allow them to be stored in a dried state so soldiers can take their own blood supply to battle or ambulances can carry more. Tardigrade tricks could possibly also help with preserving vaccines to help reduce the enormous cost and complexity of trying to keep vaccines cold. They could also potentially help preserve organs or damaged tissue.

Japanese scientists are studying whether tardigrade proteins could help them come up with a better sunscreen to protect against ultraviolet rays that cause skin cancer. A 2016 study showed that human cells augmented with a DNA protein unique to tardigrades reduced radiation damage in preliminary lab tests.

Tardigrades are so otherworldly that some theorize that they could easily exist on planets outside the solar system. Harvard astronomer Avi Loeb said "they could survive an impact by a rock and they could potentially be brought from another planet" to Earth.

Loeb and colleagues decided to see if life on Earth could survive some of the worst cosmic calamities. So they looked look at the hearty tardigrades, concluding that the water bears could survive most end-of-the-world scenarios, like a giant asteroid crash, cosmic ray burst or nearby supernova — everything short of our sun blinking out.

"It's good to know that at least one creature on Earth has a chance of surviving no matter what," Loeb said.