US astronauts will land on moon within 5 years, VP Pence says 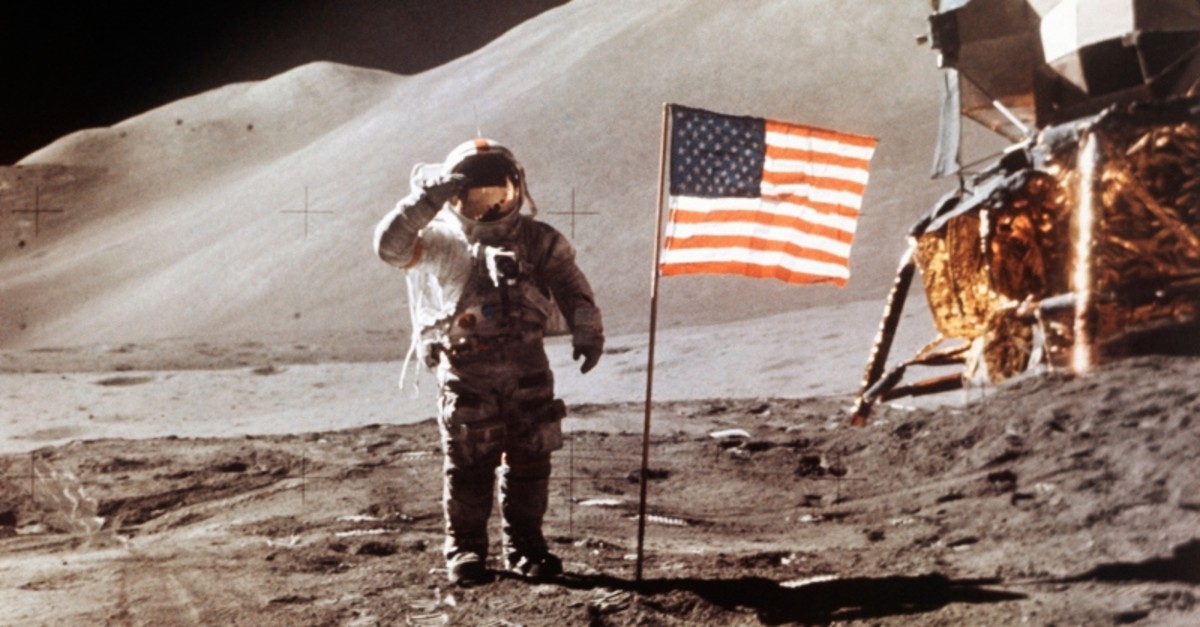 In this July 30, 1971 photo made available by NASA, Apollo 15 Lunar Module Pilot James B. Irwin salutes while standing beside the fourth American flag planted on the surface of the moon. (AP Photo)
by Compiled from Wire Services Mar 26, 2019 9:38 pm

U.S. Vice President Mike Pence announced Tuesday that the United States aims to send astronauts back to the Moon in five years, with a woman first in line to set foot on it again.

"It is the stated policy of this administration and the United States of America to return American astronauts to the Moon, within the next five years," Pence said in a speech in Huntsville, Alabama.

"Let me be clear, the first woman and the next man on the moon will both be American astronauts launched by American rockets from American soil," he said.

The U.S. is increasingly acting along the lines of "great power competition" as it seeks to counter a rising China and a resurgent Russia. Recently, the Chinese space programme landed a probe on the far side of the moon for the first time.

The vice president, who has taken the lead on space issues, also said US-made rockets would again be used within a year for space missions.

The last people to walk on the moon were U.S. astronauts from the Apollo 17 mission in 1972.