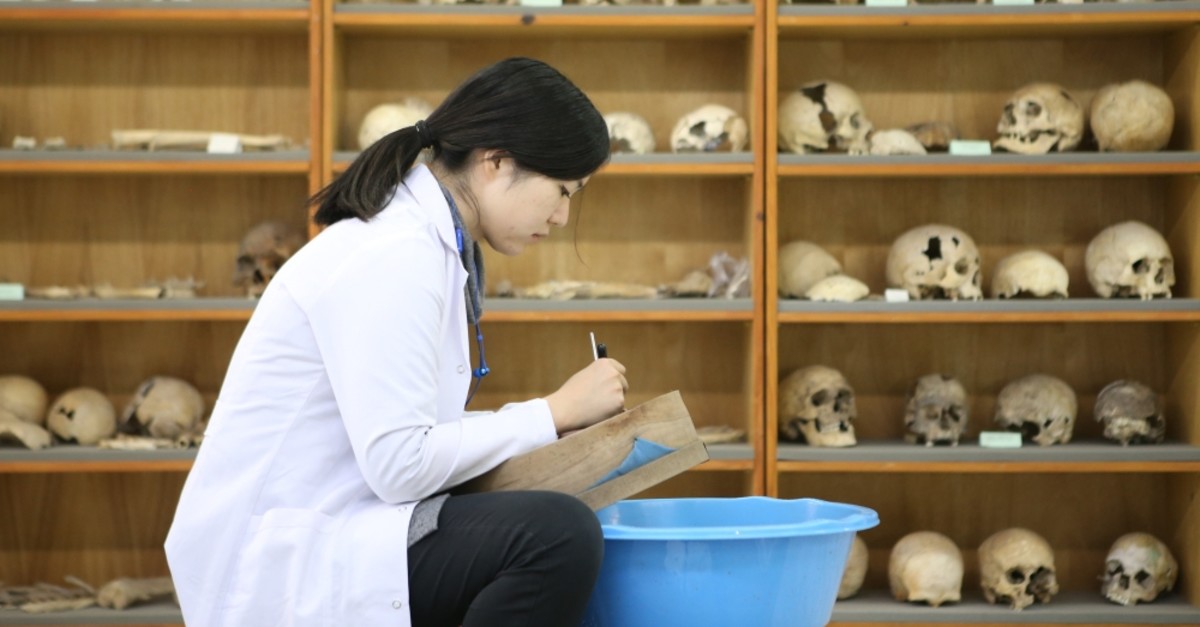 The molecular anthropology laboratory at capital Ankara's Hacettepe University will examine the hereditary and bacterial diseases suffered by ancient humans and animals.

"DNA is an important building block of life that contains hereditary information to be transferred to the next generation," said anthropology professor Yılmaz Selim Erdal. He added that there are only a small number of such facilities in the world. Erdal said the laboratory building was specially designed to protect DNAs from outside contamination by living organisms such as bacteria and fungi.

Erdal added that DNA analysis would also help them discover the history, relations, movements and culture of human communities and civilizations that lived in Anatolia and surrounding areas in the last 10,000-15,000 years.

"We will confirm the information obtained by archaeological data with DNA studies and reveal the unknown sides of history," he said. "Our research would not be limited to Turkey, but include other regions, particularly the neighboring countries as well," said Erdal.