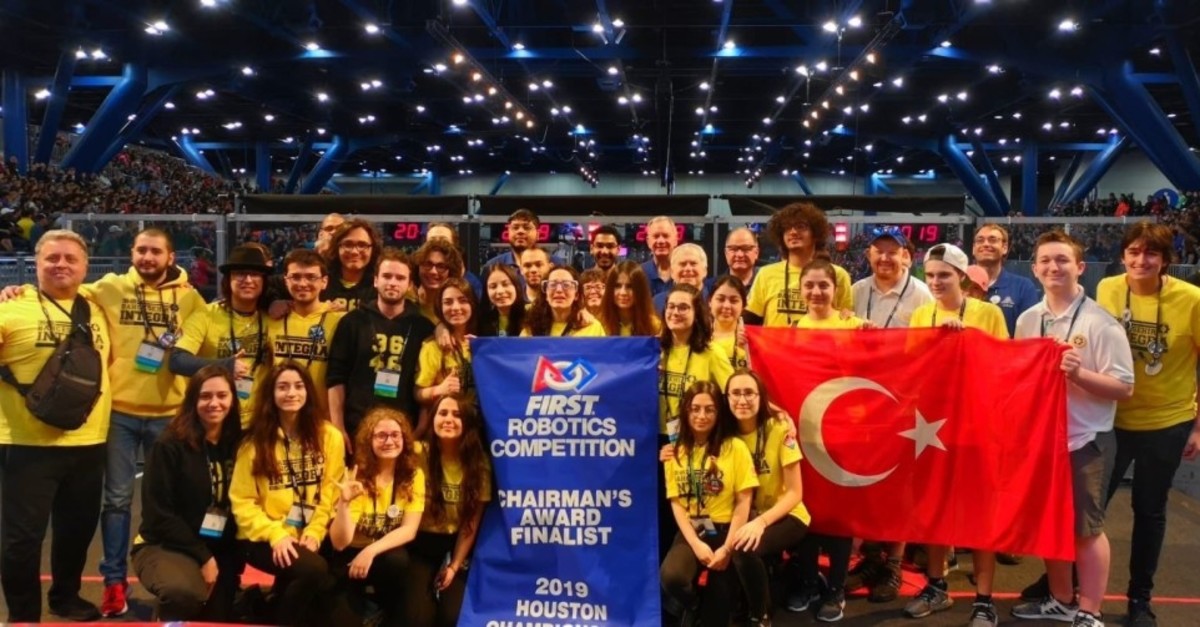 Robotics team Integra-3646, which is made up of high school students from Istanbul Bahçeşehir Collage won the championship at the First Robotics Competition (FRC) organized earlier this week in Texas, U.S.

The success of the robotics team which previously won the Galileo Division Championship was announced on the official Twitter account of the Turkish Consulate in Houston. The message read as "Team Integra-3646 which is the only robotics team representing Turkey at Einstein Field and finalist of the Chairman's Award at the World Championship, we are proud of you."

The Chariman's Award is the most prestigious award presented by the First Foundation. Apart from the championship, the robotics team managed to rank in the top three teams among 8,000 teams participating in the championship from all over the world.

Commenting on the success of the Turkish robotics team, Consul General Akil Öktem said: "We are extremely happy about the success of Integra-3646. We will continue to support our students in years to come. I want to congratulate all the young people who worked hard for this championship."