Turkish startups to compete at US biotech competition 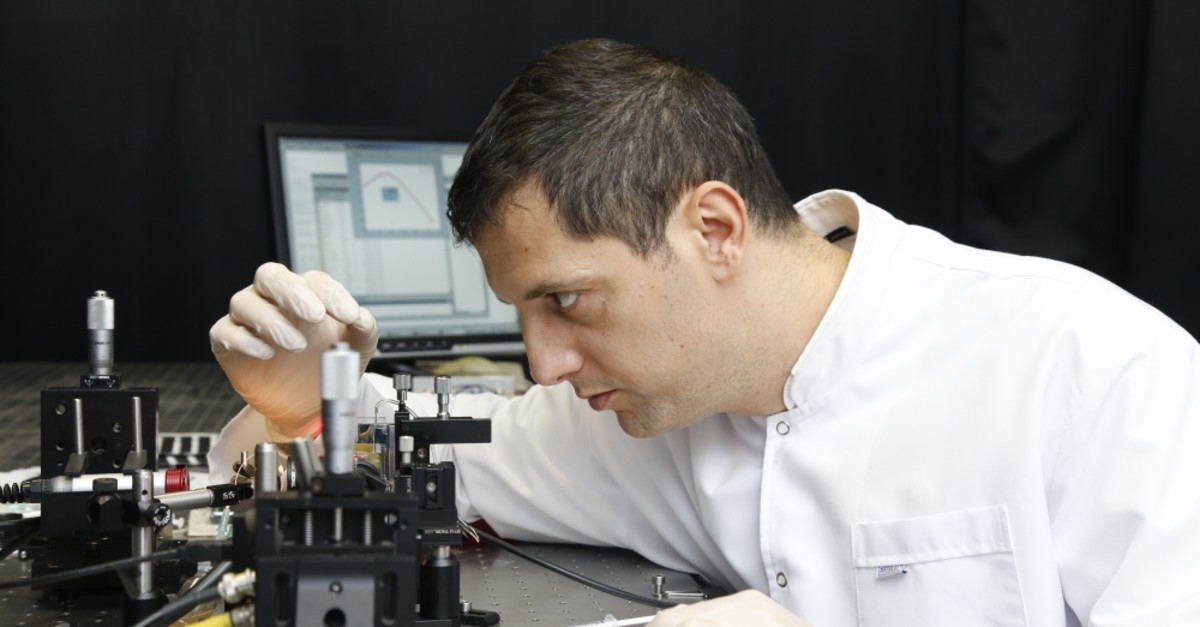 Turkish biotech startups have been making a name for themselves in the world and soon they will compete at a competition in the U.S. to win recognition and funding

One of the biggest aims of advanced technology is to solve the health problems of human beings and to extend their lifespan. For this reason, not only international brands but also thousands of biotechnology startups from all around the world aim to contribute to humanity by touching on this goal in different areas. Turkey is also in competition in the field of biotechnology, which has been on the rise in recent years. The number of local startups which bring innovative solutions to health problems and embark on projects that can save human life by using artificial intelligence (AI) algorithms is too many to underestimate. The best indicator of this was the participation of 65 biotechnology companies in the BIO Startup Program, a biotechnology-themed accelerator program held last month.

Five out of 11 companies at BIO Startup Demo Day passed the pre-selection stage and gained the right to attend the BIO Entrepreneurship Bootcamp, which will be held in Philadelphia between June 1-6, and the BIO Convention, the world's largest biotechnology event, as the prize.

By using AI, PeraLabs selects healthy sperm cells without damaging them and conducts DNA quality analysis with image processing algorithms and deep learning models. They complete the process, which can last up to 10 days, in about an hour and a half.

Burak Özkösem, the founder of PeraLabs, says that the AI-based sperm analysis system, SPERMAN, which they developed, is a first in Turkey. Özkösem explained how the local system differed from the others by stressing, "There are applications which focus on smartphones in doing sperm testing at home in the world. They are used only to prepare a report on the overall sperm quality of the individual, not to select sperm."

The accuracy of sperm analysis, which is 55 percent in the manual method, increased to 95 percent with AI, and takes just under two hours compared to the usual 10 days.

Özkösem believes that reaching the result in a shorter time will greatly affect the market of in vitro fertilization (IVF). He remarked, "In IVF, Turkey is the sixth in Europe and the ninth in the world. Turkey is the leader in the Middle East with nearly 200 IVF centers. The IVF market is expected to reach $25 billion in 2025 with an annual growth rate of 10.5 percent."

Vagustim is a digital, medical device used in the treatment of migraines. According to the American Migraine Foundation, about 70 percent of migraine attacks are caused by stress. Vagustim stimulates the vagus nerve in the ear electrically, in a way that does not require surgery. And it increases the suppressed parasympathetic nervous system activities. Thus, it regulates the autonomic nervous system and prevents the formation of migraine attacks.

Dr. Ali Veysel Özden's studies on this subject that he started during his specialization training in Çapa in 2013 grew into a project establishing a startup with Ali Can Erk and Seyyid Bucak.

Noting that migraine is the third-most-common sickness in the world according to the World Health Organization (WHO), Ali Can Erk, one of the Vagustim's co-founders, emphasized the greatness of the market: "In a study conducted in the U.S., more than 50 percent of people with migraine treatment are not pleased with the treatment. The total market size we target is $4 billion per year."

VacciZone has developed a new method that will introduce cancer cells to our immune system better and provide a stronger alarm.

General Manager of VacciZone Biotech İbrahim Gökçe Yayla defines this system and its claim: "It makes the immune system recognize cancer much better by generating a particle produced by the immune system cells naturally in the laboratory and giving this particle to patients after loading the cancer-specific proteins in it. In the experiments that we have made only by introducing cancer to the immune system better without using any other immunotherapy drugs, we could cure 70 percent of mice and slow the growth of cancer in the remaining 30 percent."

The story of Tarabios, which developed a blood clotting time measurement platform, started on the request of doctors to measure blood clotting parameters with a portable device in line with laboratory devices five years ago.

The measurement of blood clotting parameters with Tarabios can be done with a portable device and single-use cartridges in a way that closely replicates laboratory standards.

Tarabios spokesman Dr. Hakan Üney explained how this system that measures blood clotting process provides convenience: "Patients will be able to test themselves on their own, wherever they want and in a short time. According to the results, doctors can rearrange the dose of medication at the right time and decrease or prevent the risk of various problems such as paralysis, heart attack and vascular occlusion." This system consists of single-use biosensor cartridges and reader electronic unit based on fiber optic technology.

Elaa Technology developed an algorithm for the 3-D Lung Navigation System for early diagnosis of lung cancer. Elaa Technology co-founder Dr. Tunç Ladin describes this new method that has been developed for lung imaging: "Today, there are two methods for conducting a biopsy on these lesions detected in the lung.

The first one is needling on the rib cage under the computed tomography while the second is needling by endoscopy.

However, patients have no diagnosis as the two methods remain unsuccessful. Patients are followed with a CT scan every three to four months or surgery is offered. Thanks to the 3D Lung Navigation System, the lesion on the lungs are determined wherever they are and conduct a biopsy on them in just one time. Thus, if the disease is lung cancer, early diagnosis will be provided and if the disease is a non-cancerous disease, the appropriate treatment will be started early."