Scientific heritage of Fuat Sezgin to be appreciated at symposium 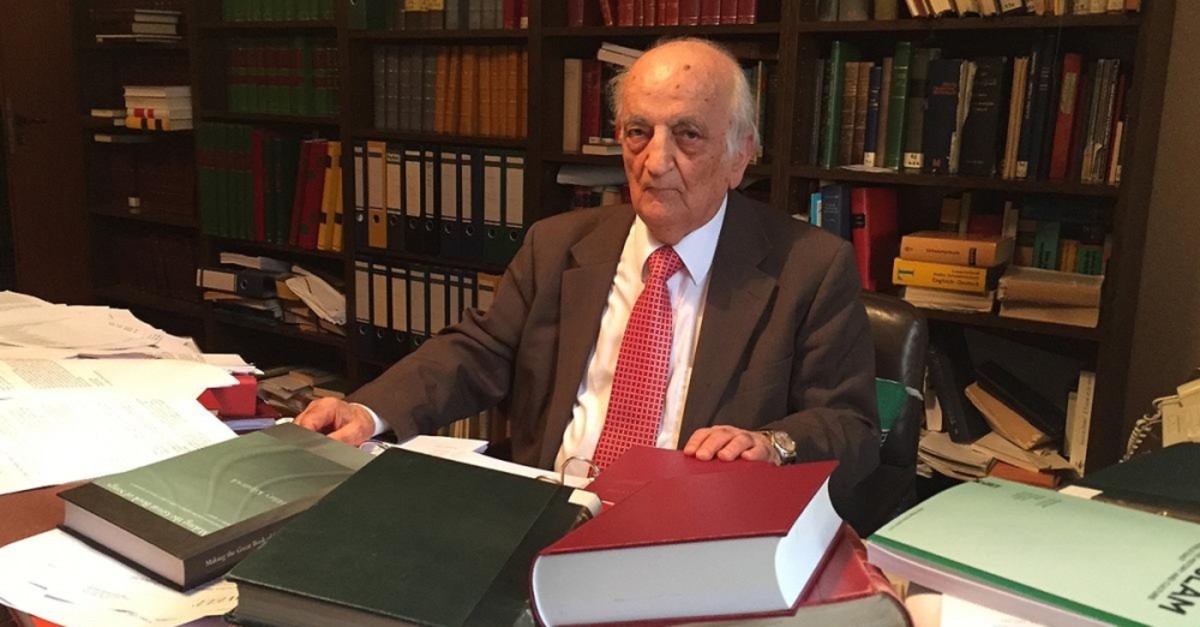 Fuat Sezgin founded the Institute for the Arabic-Islamic Sciences, affiliated with Goethe University in Frankfurt in 1982.
by Daily Sabah Jun 11, 2019 12:01 am

As part of 2019 Professor Emeritus Fuat Sezgin Year events, the International Fuat Sezgin Islamic Science History Symposium will be organized by the Presidency.

The symposium, which will be held for the first time this year, will be organized each year from now on as a tradition. It will be held with the cooperation of the Fuat Sezgin Islamic Science History Research Foundation, Istanbul University and Fatih Sultan Mehmet Foundation University from June 13 to June 15 with the theme of "Fuat Sezgin's Scientific Heritage."

The address of the symposium will be Istanbul University, the location where Sezgin was deported from after the May 27, 1960 coup. Various Islamic science history experts from all over the world will discuss both their works and the contributions of Fuat Sezgin to the world of science.

Sezgin was one of the most respected historians of Islamic science and the recipient of the Presidential Culture and Art Grand Prize before his death last year at the age of 94. Studying Islamic sciences and Arabic at Istanbul University, Sezgin was expelled from the university after the 1960 military coup and worked in Germany as a visiting professor at the University of Frankfurt. He is widely known for his Arab-Islamic History of Science, whose first volume he published in 1967 and was working on its 18th volume at the time of his death. He had been editing the Journal for the History of Arabic-Islamic Science since 1984. His research in Frankfurt focused on Islam's Golden Age of Science between the eighth and 14th centuries.

In 1982, Sezgin founded the Institute for the Arabic-Islamic Sciences (Institut für Geschichte der Arabisch-Islamischen Wissenschaften), which is affiliated with Goethe University in Frankfurt. It houses one of the largest collections of texts on the history of Arabic and Islamic science. He also established a museum showcasing over 800 copies of scientific tools, devises and maps built by him based on their original descriptions in written sources.

A similar museum named the Museum for the History of Science and Technology in Islam was opened in Istanbul in 2008 in Gülhane Park near Sultanahmet Square.

In his recent speech at an event to mark 2019 Professor Emeritus Fuat Sezgin Year at Beştepe Millet and Congress Center, President Recep Tayyip Erdoğan recommended young people to stop by Gülhane Park and visit the museum.

"You should see what they have done, what Mr. Fuat lead. Visit the library. I believe it will open up your horizons," President Erdoğan said.