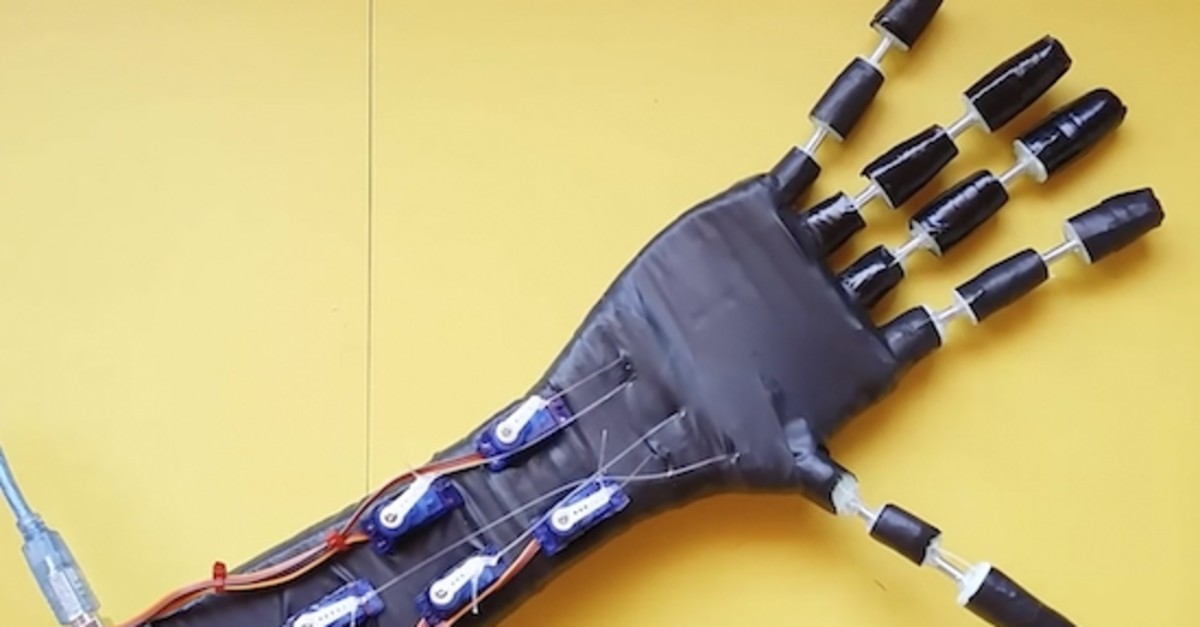 How about rising up against consumption in society by producing something and realizing the opportunities around us? Let's meet Mert Kılıç, the founder of the Mert Arduino channel on YouTube, and learn from his experience

Social media has become a significant part of our lives. We always check out our accounts on Facebook, Instagram and Twitter throughout the day, but did you know you can earn income from them? All of us have watched a video on a YouTube channel at least once in our lives. Have you ever thought that the YouTuber of this channel is able to earn an income from their videos?

Mert Kılıç is one of these YouTubers. Kılıç was a captain previously; however, his life changed when he was introduced to YouTube. Speaking to Daily Sabah, Kılıç mentioned his journey from captain to going viral. During his youth, Mert was accepted into two high schools that specialize in software programming and the maritime sector. Even though he wanted to study software programming, his family asked him to study in the maritime department for a brighter future. 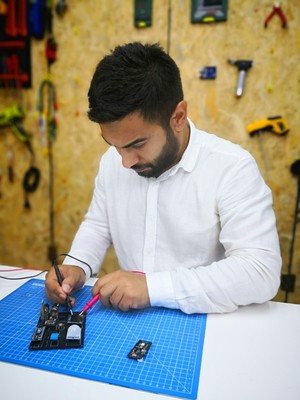 Despite starting in the maritime department, he was unable to be a promising student as he did not want to study there. After he completed high school, he was at sea for 12 months for his internship. Kılıç said, "Although I was not a good student in high school, I was very good on board, turning my technical knowledge into practical use."

Following his internship, Kılıç enrolled in Istanbul Technical University's (İTÜ) Maritime Department. However, he lost his father and had to sail again to help support his family. On board, he had the chance to see many places around the world, but deep down he knew a life at sea was not for him. Kılıç says: "I loved producing something. However, my life was very melancholic when I was working in the maritime sector. We were in the service sector, and our job was routine. I also did not want to be away from my home for so long."

Then, he started to work in the public relations department of a company and left the ships behind. He could only stand the white-collar career for two years though. It became routine for him again. Bored with this situation, he decided to learn another occupation that would provide a new career. He discovered that he was still interested in programming. With this motivation, he started to learn programming, but it was hard for him. No matter how many books he studied, he could not manage to internalize the necessary data. Then, he found out that he should combine the information that he tried to learn with something physical. This is when he was introduced to embedded systems via YouTube.

After producing some projects, his wife encouraged him to share them on YouTube. "I was not planning to have a channel on YouTube when I first started to learn programming. I was thinking of having a job developing software at a company," Kılıç stressed. In order to broadcast his projects on YouTube, he started to shoot videos with his mobile phone using sunlight as his spotlight. He first bought some components for TL 220, and this was the first and last expense that he spent for his projects. After broadcasting his videos, some Chinese companies that produce the components that he uses contacted him. Then, Kılıç started using components they sent him for free and introduced them to his followers in his videos.

After his first 1,000 subscribers, he also learned the e-marketing system. He was earning a 10 percent share from the sales of the Chinese companies with the affiliated system. Noting that his life changed thanks to YouTube, Mert Kılıç emphasized that he managed to get free components and design projects thanks to his business-oriented mind.

When asked about the development of his videos on YouTube, Kılıç remarked that he focused on the last stage of his projects in his first videos. "However, my followers wondered how I made these projects. With this feedback, I started to shoot the production stage in my videos, as well. The more videos I loaded, the more I enjoyed it. My subscriber number also increased," he continued.

Reiterating that he was developing a project a day in the beginning, Kılıç said his project design changed over time. He was developing projects by using only his imagination at first, but this changed when he started to promote products for companies. He said he develops projects by using the components of the companies that he collaborates with.

Kılıç said he emphasizes importance that his projects can be done with easily obtainable materials, and this is what made him successful. "I made a robotic hand with foam instead of a 3D printer. I used spring while making its fingers. This project was shared by Arduino's official website as an example to show you do not need expensive materials to produce something." The website mentioned his project as, "A great demonstration of how you don't actually need a 3D printer or other advanced CNC machinery to craft something really unique!"

Kılıç thinks that some limitations and difficulties feed creativity. He said: "If you do not have all materials, you start to think of alternative ones. This triggers creativity. I adopted the concept that every person should produce something from any material." While shooting his videos, Kılıç first produces an idea. Then, he lists the necessary components. After receiving all of them, the testing period starts for him. He develops his project with software and other components, and checks whether it works. If it works, he prepares a video to show how to do it for his followers.

Mert said the most difficult part of these projects is finding the necessary components as they require some money. However, the most challenging aspect for him was not this problem. He was working alone and preparing all the stages by himself. He not only learned programming and e-marketing, but also learned how to shoot a video and edit it. Though he never felt hopeless, he sometimes did feel burned out. He recommends all creators to work as a team after they have reached a certain level. He also suggested: "The first 20 hours are so important while learning something new. Do not give up and continue to internalize it for 20 hours. I suggest people do what they love without thinking about money at first. If they do it, doors will open before them. Continuity is so important. They should not make excuses, instead they must focus on what they want by setting their mental and physical situation aside for a while."

As a young creator, producer, learner, YouTuber and former captain, Mert Kılıç aims to form a big working group and establish his own company to sell his own products in the future.

Kılıç's story is inspirational, showing that people can manage everything when they want it badly enough. Maybe all we need is to adopt more creative habits instead of consuming constantly and have the soul of an entrepreneur by realizing the opportunities in our daily lives. Kılıç benefited from YouTube, which we all use daily, and it changed his life. He wants others to also be aware that they can make money through YouTube.