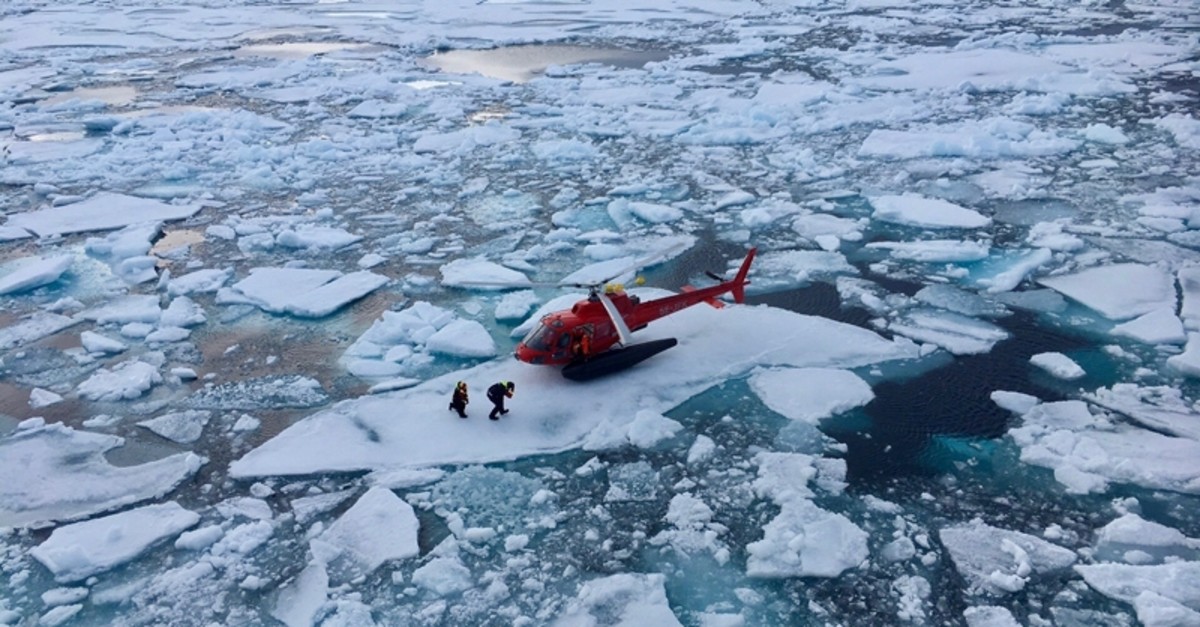 A helicopter from the Swedish icebreaker Oden lands on an ice floe to pick up crew members involved in the retrieval of a scientific acoustic recorder containing valuable data on Arctic marine life movements in the Canadian Arctic (Reuters Photo)
by Associated Press Aug 02, 2019 12:30 am

Glacial melting and maritime traffic are threatening multiple species off the coast of Baffin Island, in Canada's northeastern Arctic archipelago.

"Populations of belugas, narwhals, walruses, seals, polar bears and thousands of other species who depend on year-round sea ice to survive are now migrating, dwindling, or in some cases, disappearing," Trudeau said during a visit to Iqaluit, in the eastern territory of Nunavut.

The prime minister, who is seeking reelection in three months, has made environmental protection and reconciliation with indigenous populations two main priorities.

"For Inuit who have relied on hunting and harvesting to feed their families, climate change imperils their livelihoods and their way of life," he said.

According to Trudeau, the protected region would help the Canadian government surpass its goal to protect 10 percent of marine and coastal regions by 2020.

The liberal leader also pointed out his government had recently invested in modernizing the Coast Guard, launching two Arctic patrol vessels to increase protection for national interests in the region.

"Our government is committed to enforcing Canadian sovereignty in the Arctic in partnership with the people who have lived here for (millennia)," Trudeau said.

The Arctic region is highly coveted by multiple global powers for its resources and access to navigation in the far north, made easier by melting glaciers.