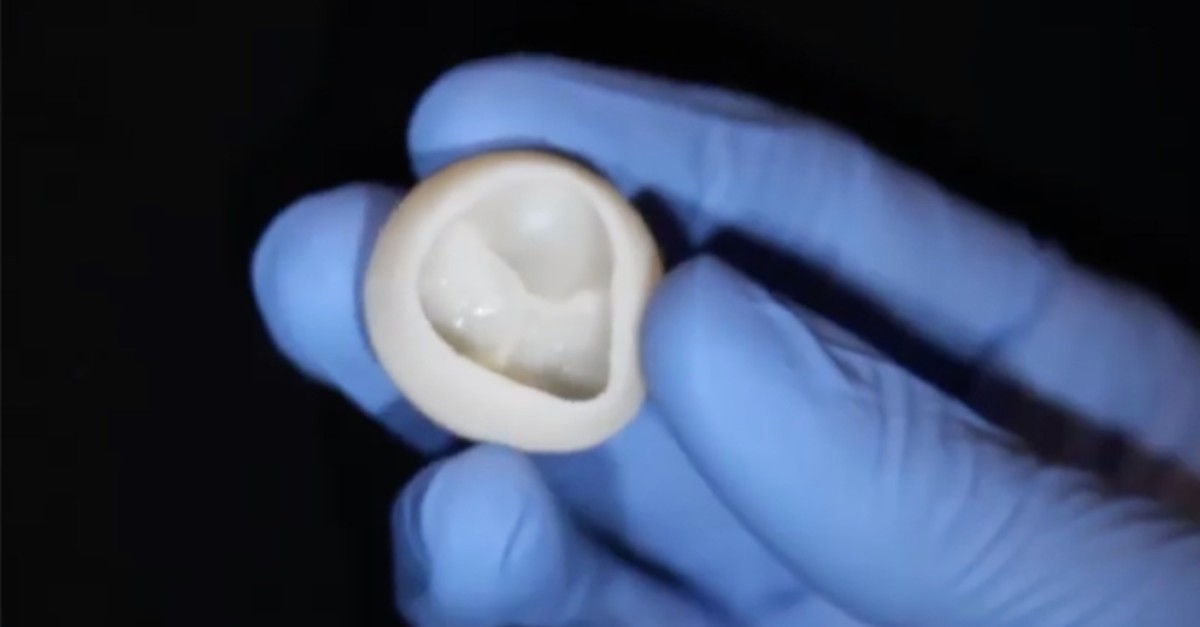 This undated image Courtesy of Carnegie Mellon University College of Engineering shows a functional heart valve which a team of US scientists have built out of collagen using a 3D bioprinter (AFP Photo)
by Aug 01, 2019 9:14 pm

U.S. scientists have successfully built functional heart parts out of collagen using a 3D bioprinter, a breakthrough they say could one day create entire organs.

Their technique, which was described in the journal Science on Thursday, replicates the body's own complex biological scaffolds that provide the structure and biochemical signaling organs need to function.

"What we were able to show was you can actually 3D print a heart valve out of collagen, and they function," Adam Feinberg, one of the paper's co-authors told AFP.

Previous attempts at printing these scaffolds, known as extracellular matrices, had been hindered by limitations that resulted in poor tissue fidelity and low resolutions.

Collagen, which is an ideal biomaterial for the task since it is found in every tissue of the human body, starts out as fluid and attempting to print it resulted in a puddle of jello-like material.

But the scientists at Carnegie Mellon University were able to overcome these hurdles by using rapid changes in pH to cause the collagen to solidify with precise control.

"That's the very first version of a valve, and so anything that we engineer as a product will actually get better and better," Feinberg said.

The technique could one day help patients awaiting heart transplants, but it will need to be validated through animal testing and eventually human.

"I think more near term is probably patching an existing organ," such as a heart that has suffered a loss of function through a heart attack, or a degrading liver, said Feinberg.