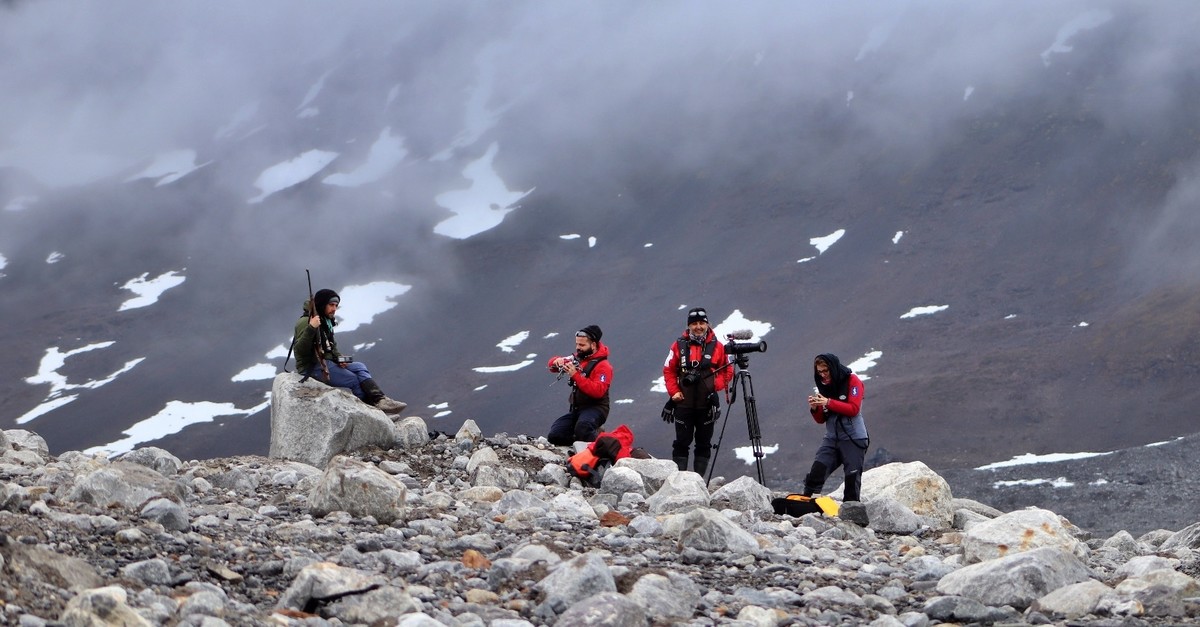 Having made a name for themselves with their work in Antarctica, Turkish scientists carried out the first Turkish Arctic Scientific Expedition as they set course for the North Pole

Following a series of Antarctic expeditions, Turkish scientists and researchers have set their course for the Arctic Ocean. Sponsored by İş Bank, the first Turkish Arctic Scientific Expedition took place in July, with a team led by the Istanbul Technical University (İTÜ) Pole Research Center.

Associate professor Burcu Özsoy, who coordinated the Antarctic Science Campaign under the auspices of the Presidency and the Ministry of Industry and Technology, led the first Turkish Arctic Scientific Expedition.

Speaking to Anadolu Agency (AA) regarding the expedition and their work in the Arctic, Özsoy said the Polar Regions have the most challenging geography and climate in the world and that despite all the difficulties, going to these regions and doing research was one of the most fascinating moments that a person could live in their life.

Özsoy stressed that the main goal of the expedition was to make science with maximum efficiency and minimum footprint. "Seven scientists participated in the expedition, and they all worked really hard," she said. "In the region, which benefited from daylight 24 hours, studies were carried out for 14 research projects of 41 participants from various institutions and organizations of Turkey." 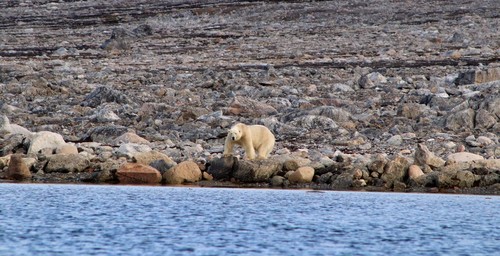 The Arctic Ocean has lost sea ice about four times the size of Turkey in the last century, making life harder for its inhabitants.

Özsoy noted that they first went to Oslo, the capital of Norway, to reach the Arctic Ocean and then reached Longyearbyen, the northernmost settlement in the world, located in the Svalbard Archipelago.The team settled on a ship and stayed on board the entire time, Özsoy said. During the expedition, scientists worked especially on the effects of climate change on the ecosystem and environmental pollution.

"In addition to projects such as microplastic sampling, determination of persistent organic pollutants with passive samplers, identification of fuel pollution and sources, plankton species and distributions, sea ice observations and correlation with satellite data and air quality measurements, feasibility studies of the meteorological and atmospheric measurement station developed by high school students were also conducted," she added. "Although the continuous sunlight affected us physiologically, we turned this into an advantage and had longer working and cruising hours."

She said the time spent in a small living area was one of the most challenging aspects of the expedition. "Due to the limited number of facilities, we were able to take a shower only once during the entire voyage, during a visit to a base, so as to use the water on the ship very efficiently."

"Of course, it is difficult for everyone to move from familiarity to the unknown and deprivation." Özsoy also touched on the difference of the Arctic region from Antarctica, saying the north and south Polar Regions were like two different planets.

She said Antarctica was a huge continent consisting of white glaciers. "In the Svalbard Island and its surroundings, our working area in the Arctic, there were melting glaciers and their mud-brown sea, glacial crevices, and, above all, descending sea ice," she continued.

"In Antarctica, there were thousands of penguin colonies, while the Arctic region had polar bears that dropped in number due to hunting and reduced habitats. One of the things that attracted my attention was the fact that the number of whales that we were used to seeing in the Southern Ocean consistently could be counted on the fingers of one hand."

She pointed to the importance of the expeditions to the Polar Regions for Turkey and underlined that these regions should be evaluated for their climate, natural resources, and geopolitical positions, highlighting that Antarctica contains 70% of the world's freshwater and many other natural resources.

"The Arctic Ocean is the shallowest in the world. These are the regions where currents and ocean food chains begin to form the basis of climate. Besides, with global climate change, natural and living resources are being used in the areas opened by sea ice, while new trade routes will be more popular in the coming years," she said. "As Turkey, it will be in our favor both to follow global climate change, determine our future policies, and ensure our physical presence in both polar regions as a strong state in the world."

She also noted that one of the most fundamental conditions for taking part in international decision-making mechanisms was to conduct quality scientific studies continuously in the region and that the continuation of expeditions to both pole regions every year for this continuity would have more positive results in terms of international visibility.

Record melting in the Arctic

She explained that the measurements since 1979 showed that the sea ice area in the Arctic Ocean saw the third lowest value in 40 years in 2018.

"Unfortunately, the melting rate in 2019 overshadowed the melting record seen in the previous year. The data received in 2012 set the record for the lowest amount of sea ice so far, while the values for 2019 are below the 2012 level," Özsoy said, adding that "the increase in climate change impacts in the region, the potential for changing the balance of the atmosphere and the increase in greenhouse gas emissions point out that these will have serious consequences until the first half of the century."