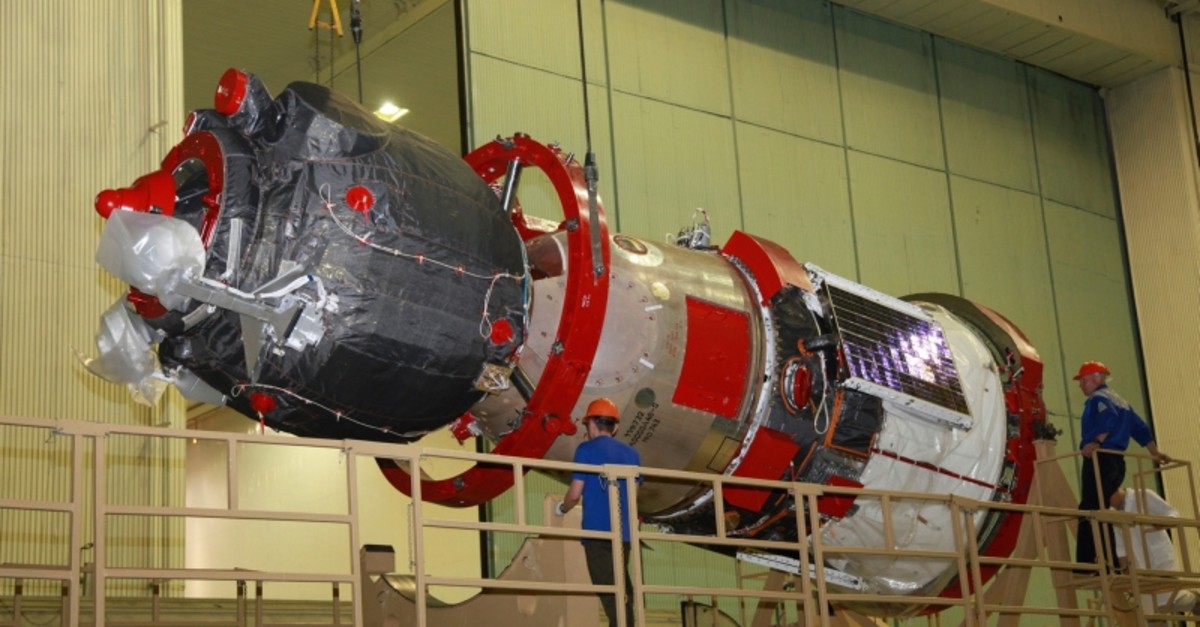 A Russian space capsule carrying a humanoid robot has failed to dock as planned with the International Space Station.

A statement from the Russian space agency Roscosmos said the failure on Saturday was because of problems in the docking system. It said the space station itself and the six-person crew are safe.

Roscosmos head Dmitry Rogozin said on Twitter that a new docking attempt would be made on Tuesday.

"Russian cosmonauts issued a command to abort the automated approach of an uncrewed Russian Soyuz spacecraft to the International Space Station," the US space agency NASA said in a statement.

"The craft was unable to lock onto its target at the station," and "backed a safe distance away from the orbital complex while the Russian flight controllers assess the next steps," NASA said.

Russian flight controllers had told the ISS crew it appeared the problem that prevented automated docking was in the station and not the Soyuz spacecraft, NASA added.

The capsule was launched Thursday as part of tests of a new rocket that is expected to replace the Soyuz-FG next year.

It is carrying a robot called Fedor, which will perform two weeks of tests aboard the space station. Vladimir Solovyev, flight director for the Russian segment of the ISS, said the robot had not been taught how to manually conduct a docking.