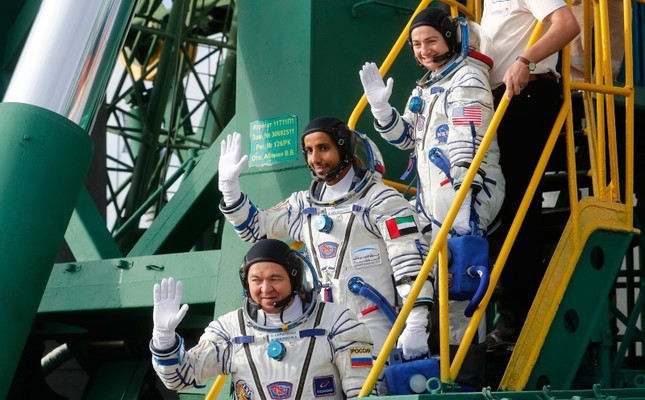 A Russian Soyuz spaceship blasted off from the Baikonur cosmodrome towards the International Space Station on Wednesday carrying a crew of three, including the first astronaut from the United Arab Emirates, NASA television reported.

Share on Facebook Share on Twitter
Previous in Science An endangered butterfly was photographed after 50 years at an altitude... Next in Science A giant world discovered around a tiny star is putting a new spin...
DAILY SABAH RECOMMENDS