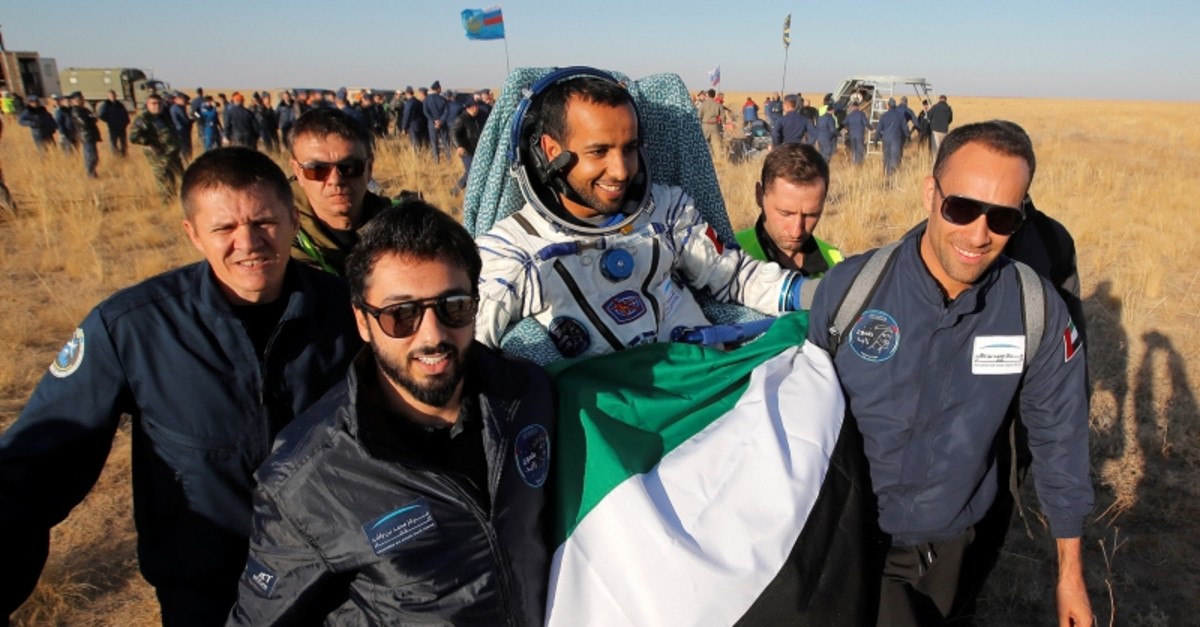 An American, a Russian and the first person from the United Arab Emirates to fly into space landed safely on Thursday after a six-hour flight from the International Space Station.

The capsule carrying Nick Hague, Alexey Ovchinin and Hazzaa al-Mansoori touched down on the steppe in Kazakhstan in Central Asia at 3:59 p.m. local time (1059 GMT), the impact sending a cloud of dust into the sky.

Al-Mansoori, the first of two men chosen by the United Arab Emirates to fly to the space station, returned after an eight-day mission while space veteran Ovchinin and Hague, who was on his maiden flight, are back after spending six months at the station.

"The crew that returned to Earth is feeling well," Roscosmos said immediately after the landing.

Hague and Ovchinin completed a 203-day mission aboard the lab while Mansoori's two crewmates from his September 25 launch -- Russia's Oleg Skripochka and NASA's Jessica Meir -- are staying on as part of a six-member team.

Although Mansoori's mission was short -- eight days in total -- it has been the source of great pride in the UAE, a newcomer to the world of space with ambitions to send an unmanned probe to orbit Mars by 2021.

Mansoori has been active on Twitter where he shared photos of the UAE and Mecca -- Islam's holiest site -- from the space station.