Paris zoo unveils the "blob", an organism that has no brain but is able to learn 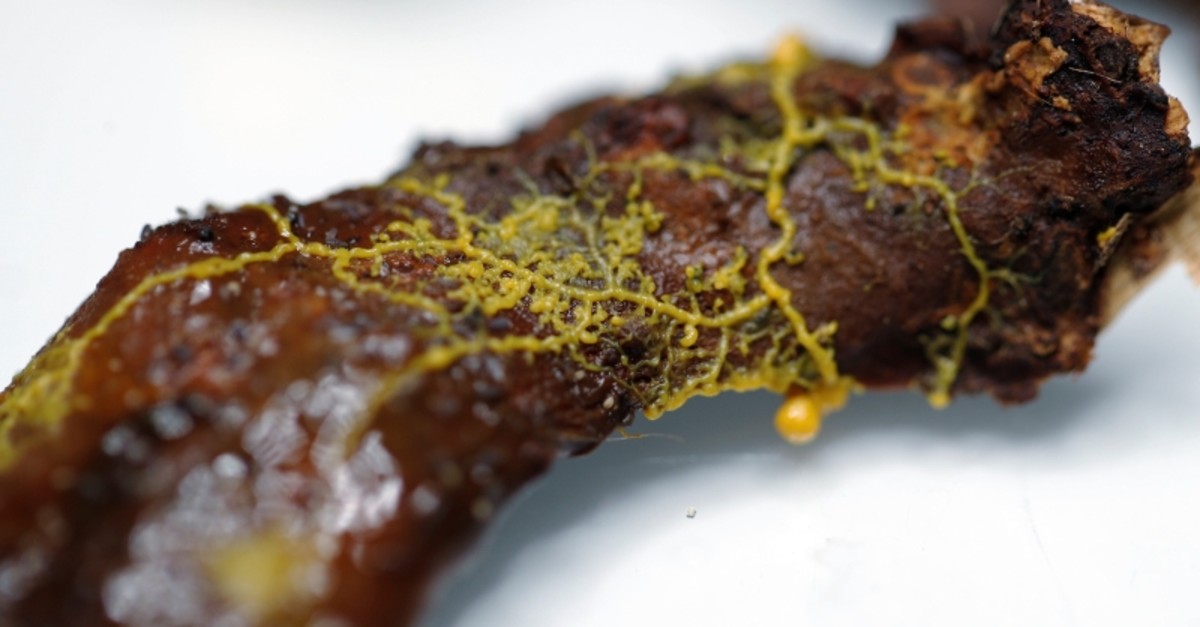 The ,blob,, slime mould (Physarum polycephalum), a single-celled organism forming over a piece of tree chunk, is pictured at the Paris Zoological Park during a press preview in Paris, France, October 16, 2019. (Reuters Photo)
by Oct 16, 2019 9:57 pm

A Paris zoo showcased a mysterious new organism on Wednesday, dubbed the "blob", a yellowish unicellular small living being which looks like a fungus but acts like an animal.

This newest exhibit of the Paris Zoological Park, which goes on display to the public on Saturday, has no mouth, no stomach, no eyes, yet it can detect food and digest it.

The blob also has almost 720 sexes, can move without legs or wings and heals itself in two minutes if cut in half.

"The blob is a living being which belongs to one of nature's mysteries", said Bruno David, director of the Paris Museum of Natural History, of which the Zoological Park is part.

"It surprises us because it has no brain but is able to learn (...) and if you merge two blobs, the one that has learned will transmit its knowledge to the other," David added.

The blob was named after a 1958 science-fiction horror B-movie, starring a young Steve McQueen, in which an alien life form - The Blob - consumes everything in its path in a small Pennsylvania town.

"We know for sure it is not a plant but we don't really if it's an animal or a fungus," said David.

"It behaves very surprisingly for something that looks like a mushroom (...) it has the behavior of an animal, it is able to learn."