Turkish inventor builds car that works on water, not gasoline 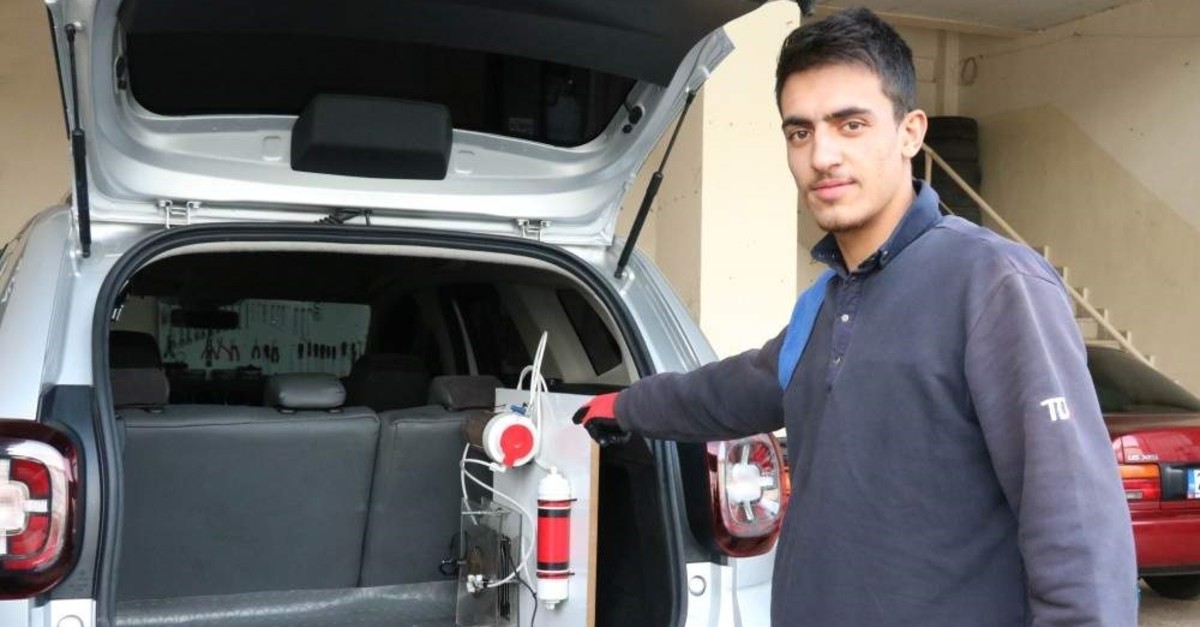 Turkish inventor Au011fbau015f shows the water storage unit he built for his car. (?HA)
by Nov 15, 2019 2:30 pm
Gaziantep-based auto mechanic Murat Ağbaş has always been an inventor at heart. Although only 21 years old, Ağbaş has been working on a breakthrough invention which aims to wean humanity off its dependence on oil, having managed to build an automobile which can run on water.
The car is a hybrid vehicle which works on both water and gasoline. With just two liters of water, the car can run for up to 70 kilometers.
Speaking to the press, Ağbaş claimed that this was only a fraction of his inventions and that in the future, he aimed to build a car that could function on water alone.
“Oil prices are high and all modern warfare is caused by oil. I wanted to stop the fight for oil by building a car that can work on water,” said Ağbaş.
The Turkish inventor first tested his water-based engine on a used car. After the tests, he made sure that the engine worked and modified his creation to work in a brand new model.
The vehicle has a water storage tank which is used to filter hydrogen gas to the engine. The gas goes through the filters and ignites the gasoline. Ağbaş claims that his water-powered engine increases the car’s performance by 30%.
Last Update: Dec 20, 2019 1:42 am
RELATED TOPICS