Turkey's largest observatory to begin gazing at heavens in 2021 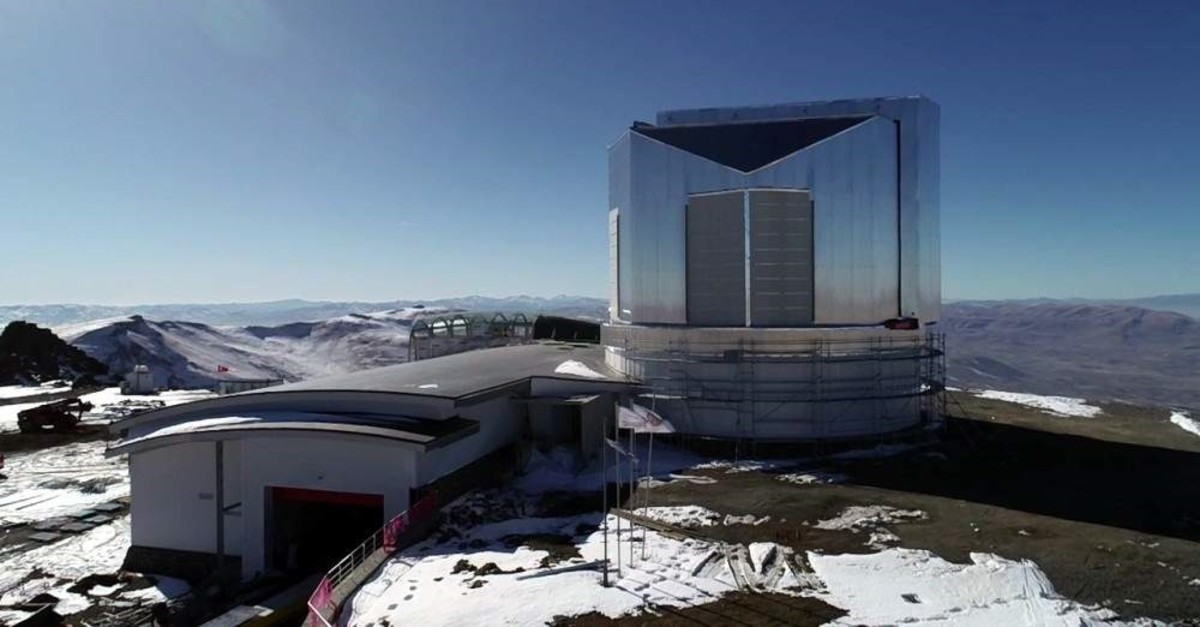 The Eastern Anatolian Observatory (DAG) in eastern Erzurum province, which will become Turkey’s biggest observatory, will begin to receive the first light from space by the end of 2021.
Construction of the observatory, which continues only five months in a year due to harsh winter conditions, is nearly complete, Director Cahit Yeşilyaprak told Anadolu Agency (AA). ''We will complete the construction [of the observatory] next spring," he stressed, adding that only small installations remain to be completed.
The observatory will have a very delicate mirror, which is hard to transfer, so the roads to the observatory should be as smooth as possible, he added.
Yeşilyaprak said factory tests were conducted in Italy where the mirror was built. It will then be delivered to Turkey. "We hope to receive the first light from space late 2021 through optical tests," he said.
The observatory will have important contributions to the scientific world, Yeşilyaprak stressed, and said given its altitude and technical features, it is one of the most accessible, technologically advanced telescopes within its class.
"Moreover, there is not a single telescope with a mirror of this scale in the region, so it also fills a huge observational gap. All the other large observatories are around 8-12 hours away. That's why the DAG will open a new era of infrared observation in Turkey," he added.
The observatory is located at an altitude of 3,170 meters (10,400 feet) in the Karakaya Hills in Konaklı village of Erzurum. Construction on the facility began in 2012 with the support of the Turkish Presidency and the Astrophysics Research and Application Center of Erzurum's Ataturk University. When completed, the DAG will be the second-largest space observation center in Europe, and the first to run infrared observations in Turkey.
Last Update: Dec 20, 2019 1:44 am