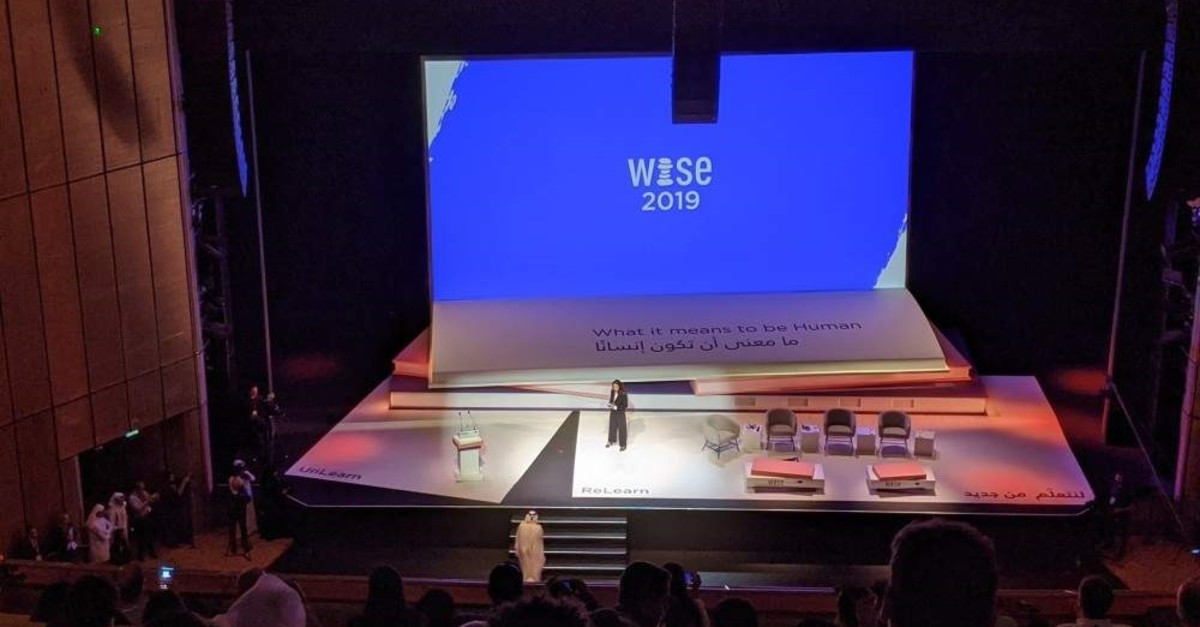 Artificial intelligence designed to make our lives easier continues to develop at a lightning-fast speed, and now this remarkable technology is being adapted and developed to advance education worldwide

We now know that technology continues to change our lives daily, and these changes have not only transformed the cornerstones of the economy and society but also our professions and education. For this reason, countries need to prepare for the future to keep pace with the changes and make radical transformations in teaching methods for young people, the locomotives of the future. The World Innovation Summit for Education (WISE) in Qatar, which has been held for 10 years, has redefined the meaning of being human by making this transformation front and center this year.
The event focused on how to prepare children for educational and technological transformations and what needs to be done to ensure that the basic educational needs of children from all income levels and migrant camps in the region are met.
Under the theme “Unlearn Relearn: What it means to be human,” the two main topics of this year's WISE event, held in Qatar's capital Doha on Nov. 19-21, were ensuring equality in education through technology and entrepreneurship.
It was not surprising to see technology firms, especially artificial intelligence experts, showing the most interest in the event, held in line with the demands of the 21st century with the participation of more than 3,000 experts and celebrities from around the world.
Mind over matter
While the event touched on issues regarding educational technology, speeches were made on how developments related to the mind, such as neuroscience, affected education and how methods of education changed based on personality and creativity. In one of the most noteworthy presentations in the three-day forum, Armenian President Armen Sargsyan, who is also a physicist, described the relationship between quantum physics and human development. "Our communications are moving at the speed of light. We now live in the quantum world. Startup culture and personal creativity will be very strengthened." Meanwhile, Max Tegmark, a Swedish-American cosmologist and the president of the U.S.-based Future of Life, also co-founded by Elon Musk, delivered a remarkable and exemplary speech on artificial intelligence.
How will children be happy?
Tegmark stressed the need to identify acceptable and unacceptable points in using artificial intelligence as soon as possible and asked regarding the issues of global justice and equality of education: “How will artificial intelligence affect the interests of the weak and powerful?” He emphasized that artificial intelligence could solve or create problems and suggested, "We should ask the students what they want to happen in the future instead of asking what will happen in the future.” An important issue that Tegmark highlighted was how happy students would be in the digital world of the future. “In a world where artificial intelligence will reign, we need to make sure that students are learning the vital skills necessary for their happiness and development,” Tegmark noted. He further told the students about the acceptable and beneficial aspects of artificial intelligence and said that the future would be brighter.
In many of WISE 2019's sessions, topics such as how technology will change education as well as the scale-up processes of ventures and startups that have contributed to education were also discussed. Speakers and participants, especially from Africa and Asia, talked about how they created miracles in areas where children's educational opportunities were limited by combining entrepreneurial spirit with technology.
*** article 2 ***
Who wrote 'Henry VIII'?
Artificial intelligence has put an end to a discussion regarding British playwright William Shakespeare, one of the greatest names in literary history. Scholars know that part of Shakespeare's 1613 play "Henry VIII" was written by John Fletcher, but it was not possible to determine exactly which parts belonged to which author. Czech artificial intelligence expert Petr Plechac ran the works of Shakespeare, Fletcher and other contemporary writers through an algorithm to identify the differences in the authors' styles. Plechac then showed the algorithm "Henry VIII" and found the chapters Fletcher contributed to. The analysis revealed that Fletcher wrote plays for the acting company King's Men in 1616, of which Shakespeare was also a member.
Last Update: Dec 20, 2019 2:06 am
RELATED TOPICS