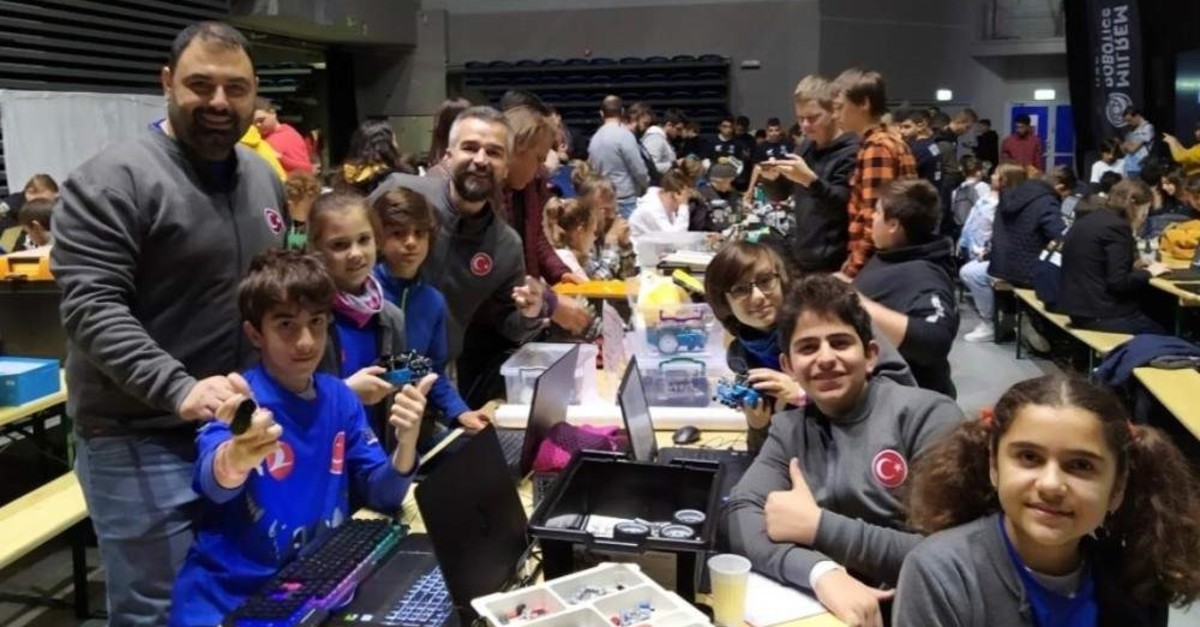 A group of Turkish students has won the first prize in an international robotics tournament held in Estonia.

In the Makeblock category, students must build and program a robot that can drive through a track as fast as possible while avoiding obstacles and complete various challenges while following the track from start to finish.

In the category, Turkish teams beat their rivals from Russia, China, South Korea, Italy and Estonia, including members who were older than the Turkish teams.

The students also won the Innovation award in the Insplay Robo League category.

The Turkish team earned the right to represent Turkey abroad after winning the Turkish national tournament. Last year the team came in second in a competition in Denmark.

Robotex International is a festival that hosts robotics competitions with challenges available for people across all technical levels and ages.