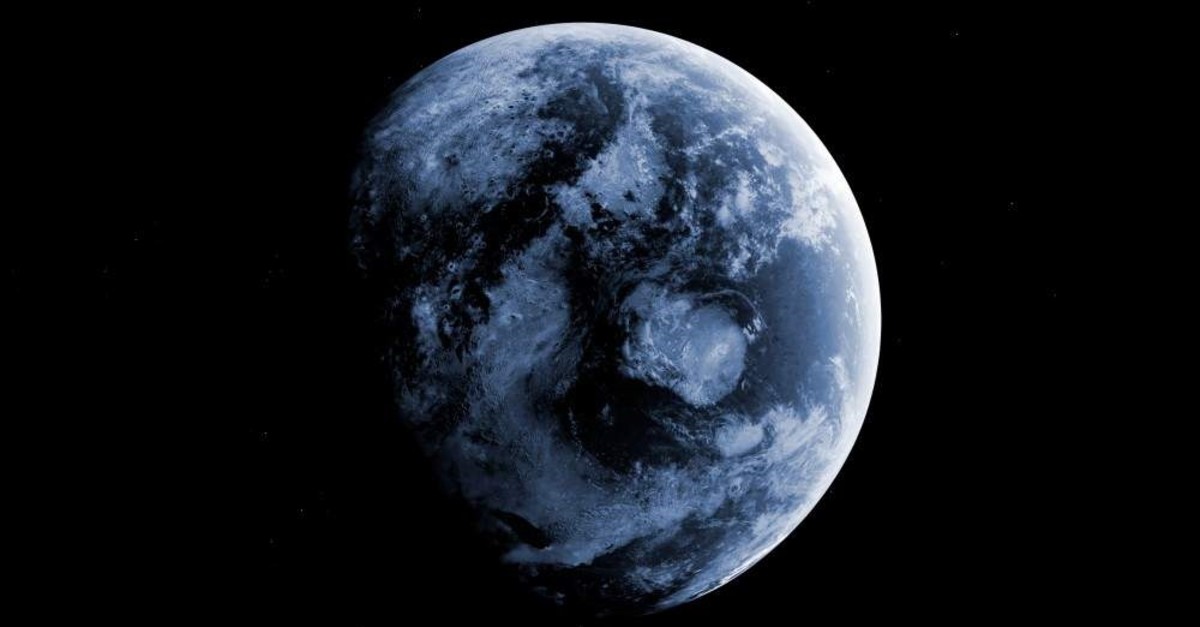 Earth has experienced several ,snowball, phases during its 4.5 billion-year-old history. (Dmitry Larichev / iStock)
by reuters Jan 24, 2020 10:57 am
Scientists have identified Earth's oldest-known impact crater, and in doing so may have solved a mystery about how our planet emerged from one of its most dire periods.

Researchers have determined that the 45-mile-wide Yarrabubba crater in Australia formed when an asteroid struck Earth just over 2.2 billion years ago. The collision occurred at a time when the planet was believed to have been encased in ice and the impact may have driven climate warming that led to a global thaw.

"Looking at our planet from space, it would have looked very different," said isotope geology professor Chris Kirkland of Curtin University in Australia, one of the researchers in the study published in the journal Nature Communications. "You would see a white ball not our familiar blue marble," he said.

The researchers suspect the region was covered in an ice sheet up to 3 miles thick at the time. They calculated that the violent asteroid strike may have transformed immense amounts of ice into water vapor – sending perhaps 200 billion tons of it billowing into the atmosphere. It would have served as a greenhouse gas trapping heat in the atmosphere.

The researchers are wondering whether this thaw helped shepherd Earth into a climate more favorable for the simple microbes that inhabited the planet at the time to thrive and evolve, possibly making it a pivotal event in the history of life on Earth.

The planet descended into one of its two primordial "snowball Earth" periods 2.4 billion years ago amid a rise in oxygen in an atmosphere formerly dominated by methane and carbon dioxide. The asteroid, estimated at 4.5 miles wide, landed at Yarrabubba in the state of Western Australia, coinciding with the end of the deep freeze.

"During the time of the Yarrabubba impact, life was more simple but did contain organisms like stromatolites, algal mounds that are still in existence today," said study lead author Timmons Erickson, a NASA research scientist at the Johnson Space Center's Astromaterials Research and Exploration Science division.

"It is curious to think of an asteroid impact shifting the Earth's atmosphere to something more clement for life than a 'snowball' scenario," Erickson added.

The researchers determined the crater's age by examining tiny crystals of the minerals monazite and zircon formed in the rocks.

Earth has been hit by space rocks many times since it formed 4.5 billion years ago. For example, an asteroid wiped out the dinosaurs 66 million years ago. But the inexorable movement of Earth's tectonic plates and surface erosion have erased most of the oldest craters. Until now, the oldest-known impact crater was one in South Africa with a diameter of more than 120 miles that formed just over 2 billion years ago.

The other "snowball Earth" period lasted from 700 million to 600 million years ago.
RELATED TOPICS