Hot on the trail of space rocks: Scientists collect over 10,000 micrometeoroids in Antarctica 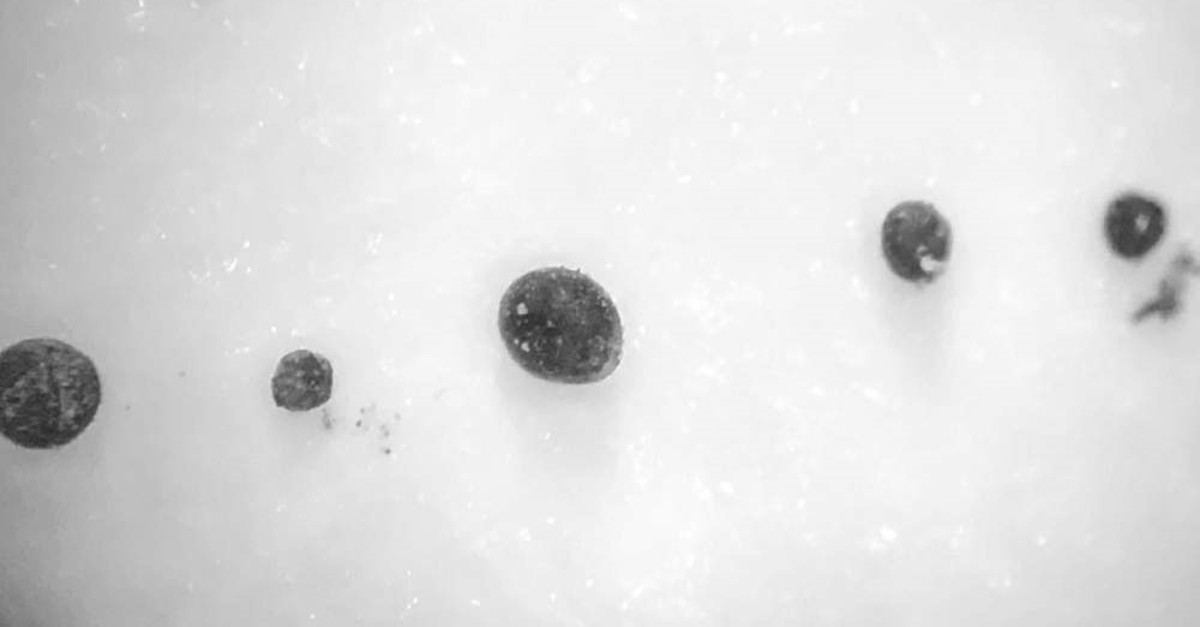 A Turkish scientist said researchers partaking in the fourth national polar expedition to the icy continent of Antarctica have collected over 10,000 micrometeoroids for astronomical research, possibly shedding light on the mysteries of our solar system.

Working from the Belgian Antarctic base, Mehmet Yeşiltaş told Anadolu Agency (AA) that he focused on micrometeoroids with his Belgian and Japanese counterparts.

Researchers in the area began to collect micrometeoroids last year, with samples from mountains in the continent's east. The first of such work was carried out in the 1970s.

"According to preliminary reviews, the number of Antarctic micrometeorites we collected is over 10,000, and they weigh about 8 kilograms in total," he said, adding that they estimated that the space rocks have been accumulating in the Arctic circle for the past 2 million to 3 million years.

Micrometeoroids are cosmic spalls of up to 2 millimeters, said Yeşiltaş, who is also a lecturer at Turkey's northwestern Kırklareli University.

"Micrometeoroids differ from meteorites in terms of their chemical content. For this reason, micrometeoroid research has great importance in understanding our solar system," he said.

Yeşiltaş noted that the conditions of Antarctica were ideal for meteoroids and micrometeoroids as the cold weather and climatic conditions helped protect and preserve samples. Some meteoroids even contained carbon and organic molecules.

He said they collected 66 rare meteoroids in the Nansen Glacier area at an altitude of 3.1 kilometers, where the air temperature reaches minus 45 degrees Celsius.

These meteoroids are mostly from a space field located between Mars and Jupiter, and finding them can yield knowledge on a variety of topics, Yeşiltaş said.