A new Initiative to save the ummah and the Muslim world 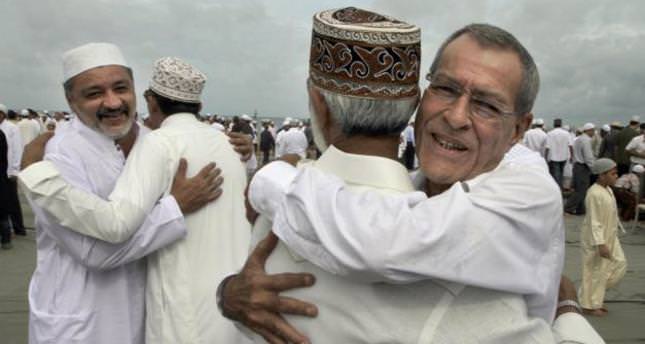 Although the holy month of Ramadan represents the "unity of the ummah, its strength and its coherence," and although promoting love and brotherhood are the most important purposes of this month, the reality that the state of ummah is completely different than that. The holy month is passing by the ummah while it's in the worst shape of fragmentation with a prevalence of hostility and lack of unity among Muslims. It is happening all over the world - in Syria, Iraq, Egypt and Somalia.

The disputes and random rivalries that rage within the ummah that are devastating its body and destroying its power, are the results of an intellectual crisis. They are not only physical conflicts, but also intellectual wars. Every deviant deed that is committed by Muslims is just a perception of deviant ideas. Every fight or killing that's committed in the name of Islam is a mere perception of bloody murderous ideas. Now, Muslims are not realizing how to combine unity and pluralism, they do not know how to accept brothers with different methods and ways to reach the same goals - this is because of the real poverty in imagination and ideas of so many of its members. Solving this dilemma requires hard work to redraw the map of the ummah's goals and objectives. This mission will be performed by the elite scholars of jurisprudence (fiqh) and Sharia who will continue their honest dialogue apart from the blackmailing of the realities and their pressure. In order to restore the unity of the spectra of the ummah, and for building bridges of communication and bonds of trust among the wise men of the ummah, the Presidency of Religious Affairs of the Turkish Republic (TIB) started working on an initiative of the World Muslim Scholars to adopt peace and moderation that includes the religious and intellectual references in the Muslim world from different sects and trends in order to reach a common vision and promote the rules of managing differences to keep the spirit of harmony in spite of pluralism and diversity. This initiative's goal is to heal the wounds of the fragmented body of the ummah to rebuild its body as a rigid strong wall as advised by Prophet Mohammed.

This initiative that is being promoted by the TIB has outstanding importance in terms of its objectives. It represents the desperate need of the ummah to unite - which is a divine order as well.

Reaching this goal requires hard work to build a system of reconciliation and peace and to establish balanced methodologies to figure out the mutual compromises that should be offered - the urgent settlements and the professional mediations.

In recognition of these holy tasks, the TIB organized a meeting in Istanbul from July 17 to July 19, which was attended by representatives of religious organizations from conflict zones. Many Muslim scholars and the ummah's most prestigious intellectuals attended as well, in order to assert the values and morals of mutual coexistence.

The meeting on July 17 had a central role in laying the groundwork for our goals to be fulfilled and for the initiative to be effective in resolving religious and moral clashes in conflict zones, particularly in Iraq and Syria.