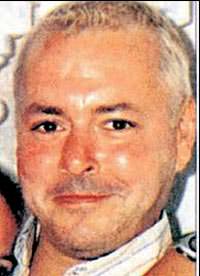 A lawyer says two Turkish men, convicted in absentia of stabbing two English soccer fans to death in April 2000, have been captured.

ANKARA, Turkey (AP) — Serdar Mermut says Wednesday police captured Suleyman Gokhan Guven this week and Ali Baydar in October after an appeals court in September upheld their conviction along with three other suspects for killing Christopher Loftus and Kevin Speight. One suspect remains at large.

The Britons were killed in street clashes in downtown Istanbul the night before Leeds United played Turkey's Galatasaray in the second leg of the UEFA Cup semifinals.

Guven was given a 10-year sentence while the rest received lesser prison terms. Mermut says Guven will serve four years in prison before his conditional release.