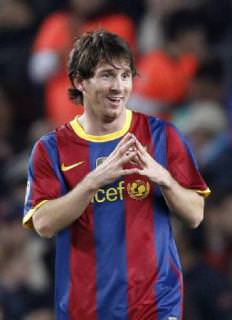 Argentina has surpassed neighbouring Brazil as the world's largest exporter of soccer players -- a trend that may not be a good thing for the South American country's domestic game.

Players had become assets to be sold off to repay club debts, one agent said, while the growing exodus of Argentina's best young players is leaving a void in the local game.
"The reality today is that a player is a major asset, bringing in more revenue than television, ticket sales, merchandising, licensing," Gerardo Molina, an agent for Euroamericas Sports Marketing, told Reuters.

"In other words, they are the main source of revenue for clubs in Argentina and Brazil. That explains the haste with which they look at which players they can sell at the end of the season to find a way to somehow pay the debts that most Argentine clubs have."

Argentina, which has produced some of the world's top players including Lionel Messi of Barcelona and Manchester City's Carlos Tevez, sold close to 1,800 players between 2009 and 2010 compared to Brazil's 1,440, according to figure's compiled by Molina's company.

It has overtaken Brazil, the highest exporter of the last decade, and now supplies Europe with an ever-increasing number of players.

Molina said Argentina's figures had rocketed because it had a dual system under which clubs and private academies were sending young players abroad, while in other countries only clubs handled the sales.

"The combination -- the fusion of the first division run by the Argentine Football Association combined with private schools exporting players directly, without going through an agent -- is what has made the numbers take off exponentially compared to Brazil, which continues to work with an academy level that isn't as big as Argentina's," he said.

"And (Brazil) continues to give priority to the players that come out of their clubs and the agents who sell players who are products of the clubs, essentially from the first division."

The competing systems and the easing of European club restrictions on foreign players have led to a nearly 800 percent increase in the export of Argentine players in five years.

Players are being sold to European and other leagues around the world at increasingly younger ages.

Many are sold by the time they are 15 or 16, when they are still in youth divisions and often before they have made a first-division debut in their home country.

Few, if any, of the 1,800 will go on to become the next Messi, considered by many to be the world's top active player.

Former player Adrian Domenech, who is in charge of the youth scheme at first division club Argentinos Juniors, said playing in second-tier European leagues instead of the top flight in Argentina was a backward step for many players.

"To go and play in markets that in terms of football aren't professionally beneficial is a step back in a player's career because they are soccer markets of lesser merit," said Domenech, who played for the Argentinos Juniors team that won the South American Libertadores Cup in 1985.

"(In) Turkey, Russia, Ukraine, Romania, a bunch of teams have taken players because they have economic power, Greece too, and the players have gone for a lot of money, knowing that in terms of soccer it isn't maybe the best thing for their career."

Soccer in Argentina is the sport of the poor and the financial benefits are enticing to many young players and their families, who see a contract in Europe as a way to escape poverty.

According to Domenech, most of these players who leave at what he says is too young an age return by the time they are 18 or 19.

This hurts not only the players but also the teams that paid for them in the hope of finding a young, successful newcomer.

For Domenech, it is obvious that only a few youngsters from each age group he coaches will make it to the best leagues or be able to represent their country in the top international tournaments.

Ramon Maddoni, head coach of Boca Juniors' junior teams, has discovered many players who have had long, lucrative and successful careers at the highest level.

He agrees that players are being sold too early, robbing them of their chance to excel at home and opening up a talent void for local clubs.

"(Boca) sold a lot of very young kids, like (Espanyol defender Juan) Forlin, (Palermo's Ezequiel) Munoz, (Galatasaray's former Liverpool left back) Emiliano Insua, a bunch of kids that today would be 23 or 24 and would be playing in the first division. Replacing them is a slow, gradual process," he said.