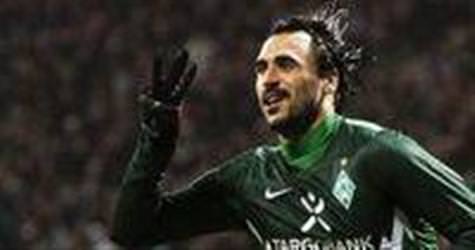 In a statement posted on its website Friday, Besiktas said it will pay Werder Bremen a transfer fee of € 2 million ($2.6 million). Almeida will earn €1.65 million for this season and € .5 million for each of the following three seasons.

The 26-year-old Almeida joins Portuguese compatriot Simao Sabrosa at the Turkish club after the winger signed from Atletico Madrid earlier on Friday.

Almeida, who previously played for F.C. Porto, U.D. Leiria and Boavista, has scored 12 goals in 33 appearances for Portugal since making his debut in 2004.

The Istanbul side is currently fifth in the Turkish league, 14 points behind leaders Trabzonspor.