"We tried to do well, but were thrown to the sea" 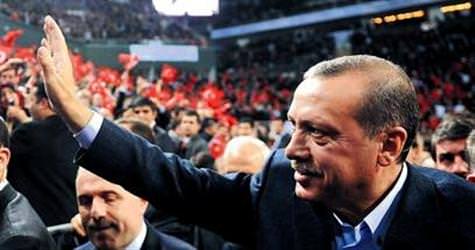 Prime Minister Erdoğan commented on the events that transpired during the opening ceremony for the brand new TT Arena, when protests in the stands prompted his as well as other prominent state and sports figures departure, stating; “Galatasaray hasn’t spent a cent on this stadium. We haven’t even signed an agreement for the club to use the stadium, but we will.”

Prime Minister Recep Tayyip Erdoğan, brought up the fact that it was Turkey's Housing Development Administration (TOKI) that built the brand new Türk Telekom Arena and Galatasaray has made absolutely no contributions to its construction. Adding that he was the one to demand a station be built to accommodate the Seyrantepe Stadium, Prime Minister Erdoğan states, "We commissioned the building of this stadium because of the request made by such a distinguished club as Galatasaray, which was practically squished into the former Ali Sami Yen Stadium and wanted to have more spacious facilities.
When the late Özhan Canaydın came to me with this request, I told him I was favorable to the idea and would provide the support necessary. The company that first won the tender was unable to carry forth the work. We said, 'No matter what, if necessary, Turkey's Housing Development Administration will finish the job,' because we couldn't just leave such an important project out to dry."
Prime Minister went on to state, "Now some people are coming out and saying 'the Seyrantepe Stadium was done as a result of so and so's effort.' I am speaking openly; the Galatasaray Club did not even spend a God's cent from A to Z on the building of the Seyrantepe Stadium. The entire facility was done by the Housing Development Administration of Turkey .The Galatasaray Club has been allotted the usage rights and we will complete the necessary agreement for the handover but we haven't yet. My heart may be set on a different club, as the State Minister's may also be set on another club. However, we put all of this aside. Galatasaray is one of our nation's football club's that have received international recognition. We thought that such a place would be fitting. We held an official opening ceremony. All of the negativity that transpired there belongs to those responsible. I absolve the Galatasaray community of responsibility for what happened. I believe that they are also indisposed by what transpired. We just think that this shouldn't have been the response for this investment that we made. But what do we say? 'Do well and throw it into the sea; if the fish don't know it, the Creator will.'"
ARDA CALLED THE PRIME MINISTER TO APOLOGIZE
According to sources; Galatasaray Captain Arda Turan called Prime Minister Recep Tayyip Erdoğan to apologize on behalf of the team to express their deep sorrow for what transpired during the TT Arena opening.
METRO INCLUDED, 600 MILLION
While the construction costs for the Türk Telekom Arena Stadium alone have been announced as costing 160 million Euros, the total investment by the state for this stadium spans to 600 million TL. The cost of 120 million Euros to the construction of the Seyrantepe Line station, a 1.6 kilometer-leg which continues from the Sanayi station on the 4.Levent-Hacıosman metro line, contributed to this total figure. This station includes a parking lot which accommodates 2,288 vehicles a connection to the stadium, tunnel access to the TEM highway and a Triage Area (workshop, warehouse) as well as a Transfer Center and System Management Complex, containing the signalization and control center for the metro line. This complex sits on a 62,500 meter square area of land. In order to prevent the possibility of falling on to the tracks due to the crowds upon exiting a game, a system consisting of doors separating the platform were implemented for the first time ever at this station. When calculating the metro and road access construction to the stadium, the total invested surpasses 600 million TL.
.