Unparalleled in the world 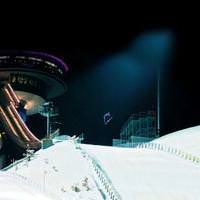 FISU Chairman Killian announced that Erzurum is ready for the Winter Games, and stated; “The facilities are wonderful, I can honestly say, the jumping towers are the best in the world.”

According to the President of the International University Sports Federation (FISU) George Killian, ''Erzurum is ready to host the Winter Universiade, both in terms of its facilities and organization.' Expressing that he was very impressed by the facilities built to host the games, Killian went on to state, "These are wonderful facilities for the Winter Games. I especially like the jumping towers. I can honestly say that the jumping tower facility built in Erzurum is the best in the world."
In regards to the lack of snowfall in Erzurum, Killian stated; "It's up to meteorology, God has given us a promise, it will snow in Erzurum. Turkish authorities have already taken the necessary precautionary measures to make up for a lack of snow. Fake snow will be used. According to what authorities are relaying to me, there will be no problems. Therefore, I don't think there will be any problems if it doesn't snow."
While offering up the suggestion that the regional public especially come out to watch the games, Killian stated; "These games are an amazing organization for Erzurum. This is a great opportunity for Erzurum residents; they should take advantage of it. They should attend the organization. I invite all Turkish citizens from the 100,000 kilometer Eastern Anatolian Region to come here. This is the type of organization that they may only get the chance to see once in their lifetimes."
The 25th Winter Universiade Games will be held in Erzurum from January 27th to February sixth.